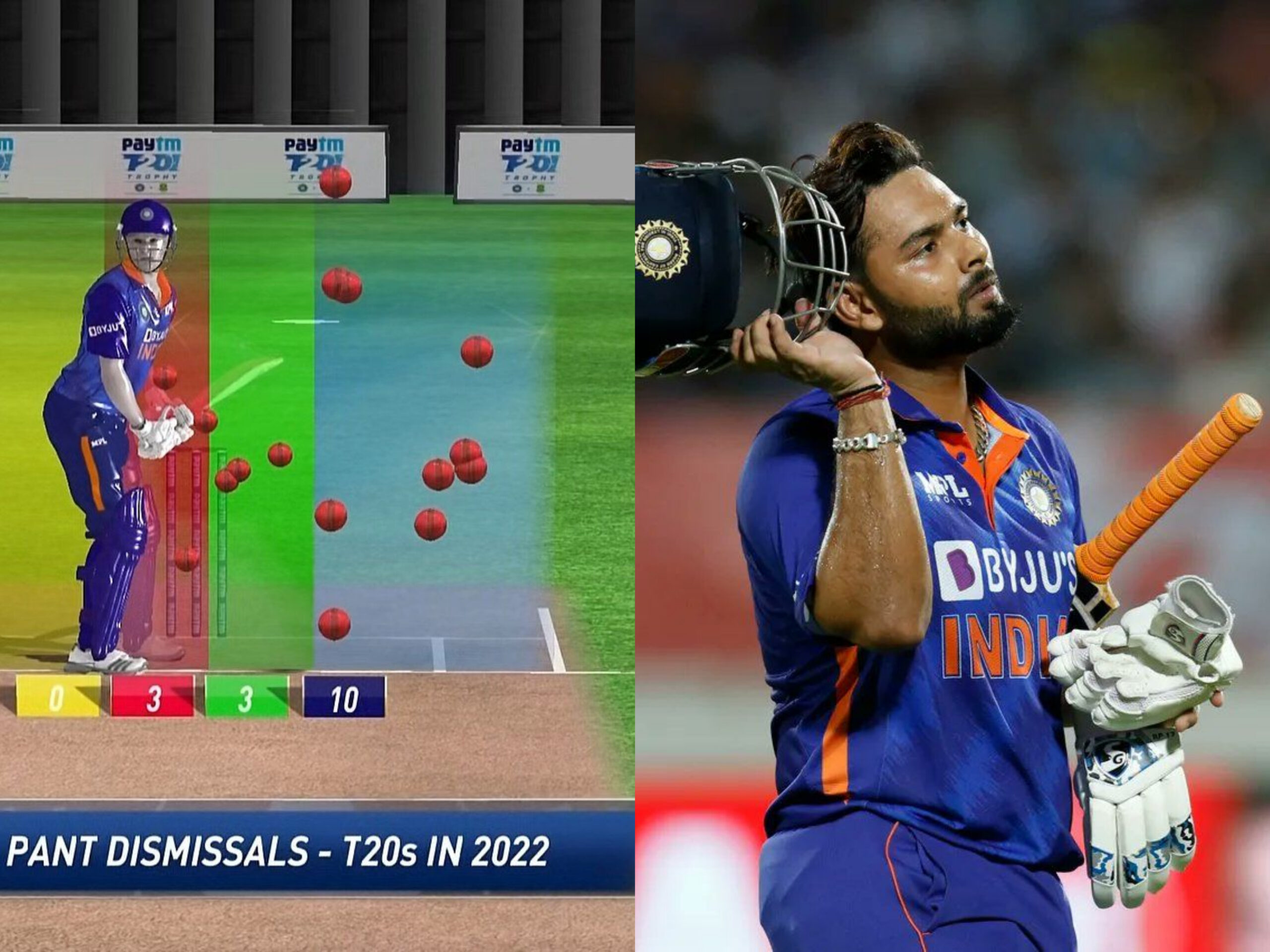 Rishabh Pant is facing a lot of criticism for his form in the ongoing T20I series against South Africa. Today, in the fourth T20I he made a 23-ball 17 as India limped along at 6 r.p.o for the majority of their chase. They were saved from humiliation by a Dinesh Karthik masterclass in the final five overs and posted 169 in the end, but when Pant was batting it looked impossible for India to even reach 140.

Pant is making same mistakes again and again which is the sad part. pic.twitter.com/hh1MUOkqxj

Highest score for No. 4 batter and skipper Rishabh Pant in the series is 29

Pant arrived after Shreyas Iyer fell for 4 at the end of the third over. He was part of two ponderous and futile partnerships, 16 (20) with Ishan Kishan and a truly awful 41 (40) alongside Hardik Pandya. The period following the powerplay were atrocious for India, with just 22 runs coming off five overs. Not that the powerplay was much better, they made 40 and lost two wickets.

Pant managed only two boundaries during his 23-ball stay at the crease. No doubt the pitch wasn’t ideal for batting, but though Hardik Pandya took his time initially, making 9(14), he stuck around till the death and more than made up for his slow start. He ended his innings on 46(31) at a strike-rate of 145. Pant could not capitalise, and struggled to time the ball throughout his innings.

A graphic shown during the game revealed how the majority of Pant’s dismissals this year have come about due to him chasing balls in the wide off stump channel, and that’s exactly what happened today. Keshav Maharaj bowled one that was low and very wide, and probably would’ve been declared so by the umpire had Pant just left it alone. Instead, he got down on knee, reached far outside and tried to swipe it, but only succeeded in getting a top edge that ballooned to Dwayne Pretorious at short third man.

Cricket Twitter believes it’s time for Pant to start learning from his mistakes.

And again, Pant is made to hit away from him and is out. Pant is not learning from the past dismissals, instinctive following the ball so wide, that's not his strongest area. And teams have been planning it well since the IPL.

Rishabh Pant should walk into the Indian T20I team (or any format really). That said, this needs fixing. Teams have planned well to him, and his counter needs working. He will get there 💪 Just too good to not turn into a bigger beast than he already is.#INDvSA pic.twitter.com/MWh1oMvn9h

Just bowl a wide one & Pant will shit on it. So easy. Horror series.

Very smart bowling that from Maharaj. Knew Pant was after him, and didn't give him the line or the length to smack.

Result, Pant reaching out wide to a ball that wasn't there either for a cut or drive, and ends up top edging to short third. A poor knock from Pant again.

Pant just needs to captain an Indian team vs Holland and you never know.#ShowFaith

‘No spin, no party for Iyer’ – Twitter reactions to Shreyas Iyer failure in the 4th T20I against SA
‘Only one question left for DK, would he like a window or aisle seat on a plane to Australia?’ – Dinesh Karthik masterclass elates Twitter