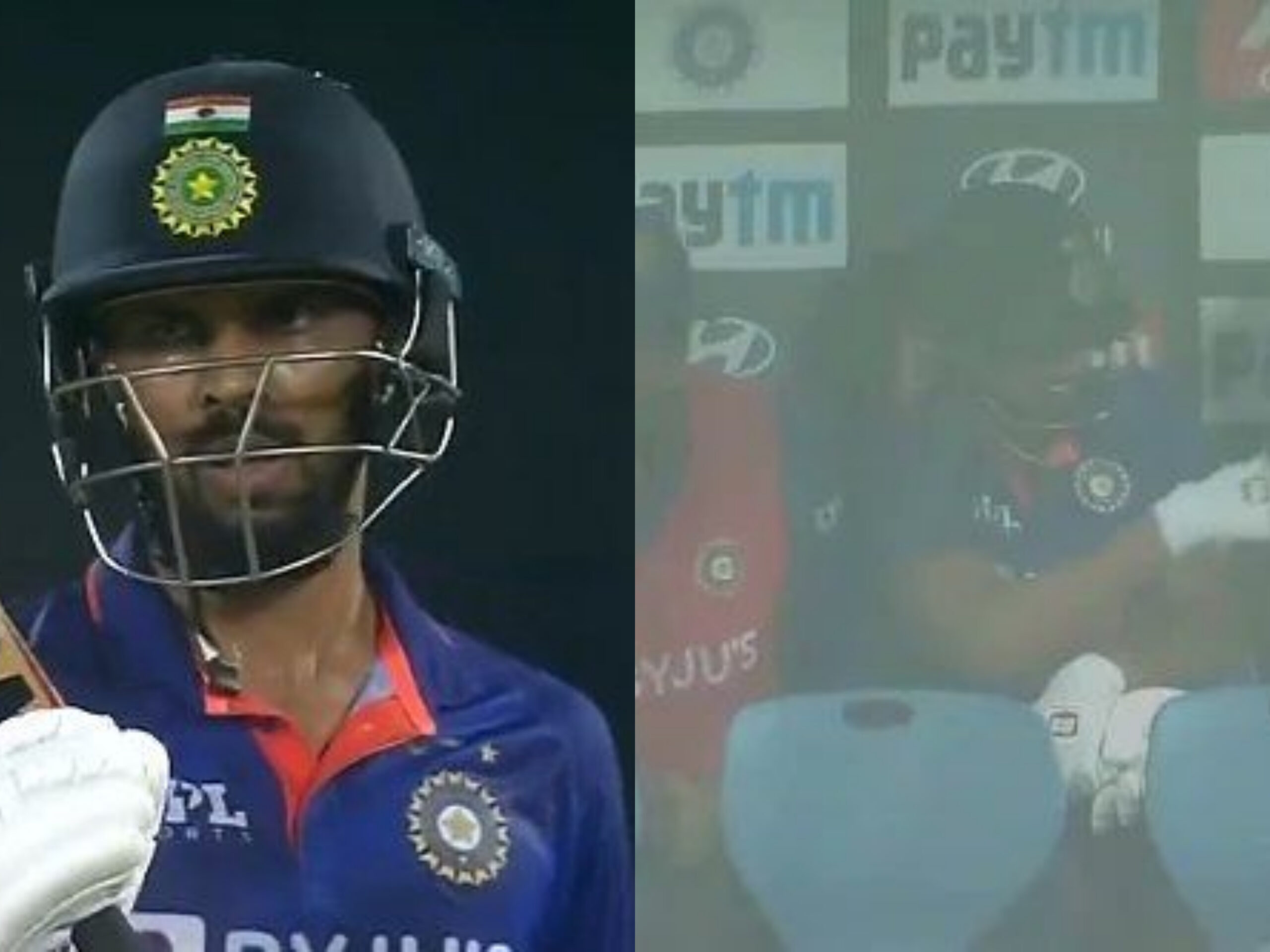 The fifth T20I and series-decider between South Africa and India on Friday reached an anticlimactic end, with the game being washed out at Chinnaswamy Stadium in Bangalore with only 3.3 overs bowled. But the main talking point of the game was 24-year-old Ruturaj Gaikwad, whose behaviour toward a member of the ground staff shocked the cricket community.

Ruturaj was seen padded up at the dugout waiting for the rain to stop. One of the ground staff sat down in the empty seat next to him, and raised his phone for a selfie. Ruturaj immediately rejected this, tried to nudge him aside and then motioned for the groundsman to keep his distance before the broadcast of him was cut. After that, he scored 10(12) before he caught off a toe edge to Lungi Ngidi.

Ruturaj Gaikwad has been out of form in the SA series

Ruturaj hasn’t had a great tournament. India persisted with the same eleven for all five T20Is, but compared to his fellow opener Ishan Kishan, Ruturaj failed to make a mark. He did score his maiden international fifty, a brilliant 57(35) in the third T20I that put India well on course to win, but his scores aside from that read 23, 1, 5 and 10. He averages 19 from the series at S.R. of 131, but if you exclude his fifty, his performances were disappointing – from the other four games, he averages 9 with a strike-rate of 102.

Cricket Twitter was outraged by what they felt was ‘disrespectful’ behaviour. A few did argue that Ruturaj has already contracted COVID-19 twice, and was simply trying to maintain social distancing protocols since he has to be on a flight to Ireland in three days. But many iother pointed that all the ground staff are also vaccinated and must take additional measures to maintain health protocols, and called out the young batter for ‘arrogance’ and ‘disrespect’.

Although the video of Ruturaj doesn't give clear context of his behaviour towards the groundsmen , that came off as rude. If it was him maintaining social distance then it's understandable. I hope Ruturaj reflects on his conduct.

Disrespecting and pushing the groundsman out of the dugout by turning down his request for a selfie suggests that just IPL success can get on someone's head. Ruturaj Gaikwad is a leading example. Thumbs down for this act!!