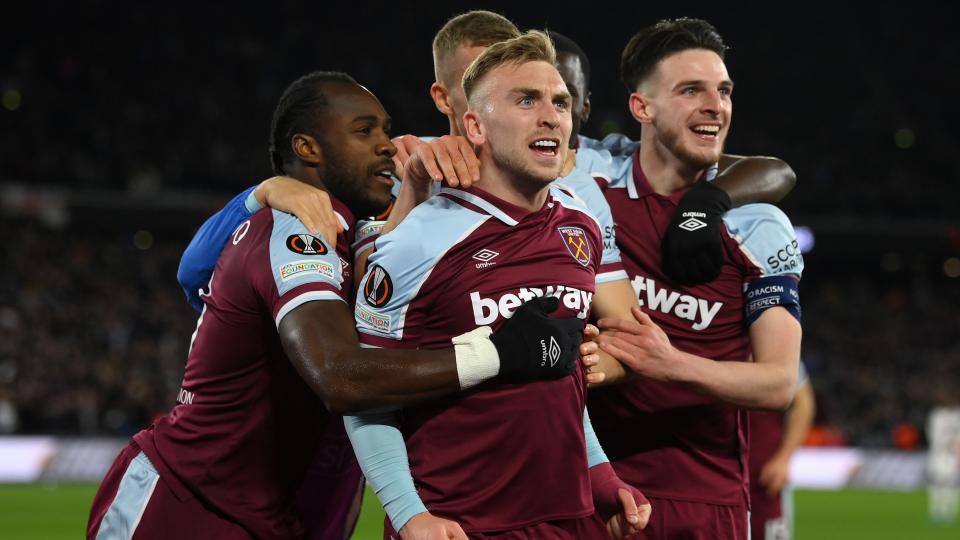 Olympique Lyon vs West Ham United: West Ham United are enjoying the season to the best with impressive performances in both English Premier League and Europa League. They are dreaming about the Champions League nights and are just a few games away. They face a roadblock of Lyon in the RO8 of EL.

West Ham United lost their previous game in the English Premier League against Brentford. The Bees stinged the Hammers 2-0. However, they registered a 1-1 draw in the first leg of the Europa League and have kept their dreams alive.

Lyon are struggling in the Ligue 1. They find themselves in the tenth position of the points table. They drew 1-1 to Strasbourg in their previous league fixture and will look to improve when they face the English outfit.

Lyon and West Ham United have played one game in the past and the game ended in a 1-1 draw.

West Ham United are having a great campaign in both EPL as well as in Europe. On the other hand, Lyon have not been able to get their form going. We predict West Ham United to win the game and advance into the next round.