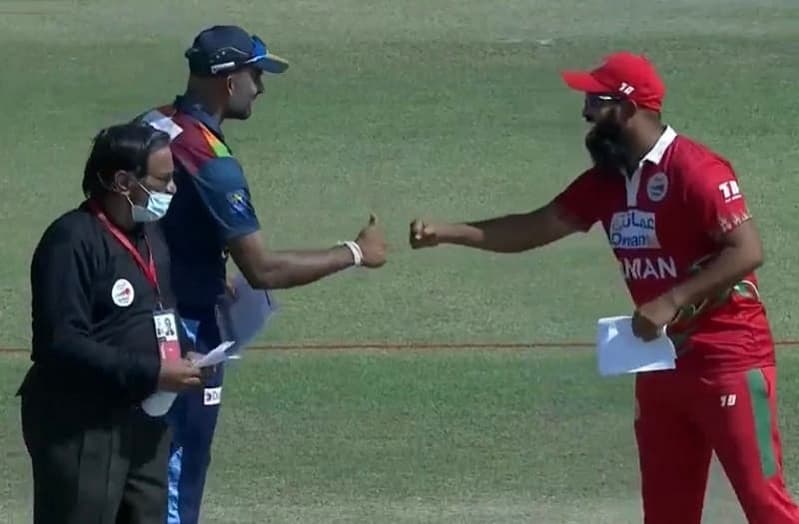 The match will indirectly let the teams prepare themselves for the upcoming ICC T20 World Cup 2021. The Second match will begin at 8 PM as per Indian Standard time.

The first T20 match was won by Sri Lanka where they scored a total of 162 for 4 and gave an intense 1st innings thereby giving a tough competition to Oman who scored a total of 143 for 8. Take a Look at the Oman vs Sri Lanka, 2nd T20 Live Streaming TV Rights, Live Score, Pitch Report, Prediction, Head to Head, Playing Squads All you need to know.

Oman and Sri Lanka will be playing their second day T20 at Al Amerat Cricket Ground on Saturday. Although there will not be any live audience permitted in the stadium but the management has provided with Live telecast of the entire match in their respective channels and sources. The match will be shown live on Sony Ten Channel.

For India Fans who would like to watch the entire match using mobile phones or other devices. You can make use of SonyLIV . All you would require is either to use the website or use the application on the App Store and Play store to watch without any issues. SportsAdda will be providing you, Oman vs Sri Lanka 2nd T20 Live scores you.

After watching the first math which was held at Al Amerat Cricket Stadium, Oman that won the toss and chose to bowl did not favor the team. The crease of the stadium is quite neutral for scoring a decent amount of runs, however, the spinners can prove to be lethal in the mid-overs.

A lot of factors are involved when we predict ahead of time, the pitch, weather, the team, and most importantly the players. Even in the absence of two important players in the Sri Lankan Cricket Team, Wanindu Hasaranga and Dushmantha Chameera, the team managed to win the 1st match. So the winning probability is slightly towards SL.

What is Oman and Sri Lanka’s Head to Head?

Both teams haven’t had a good record in terms of winning the matches against each other. The winning percentage of both teams is 40 percent.

What are the Playing Squads of Oman and Sri Lanka?

Here is the entire squad of both the teams that will be playing at the 2nd T20 match at Al Amerat Cricket Stadium.