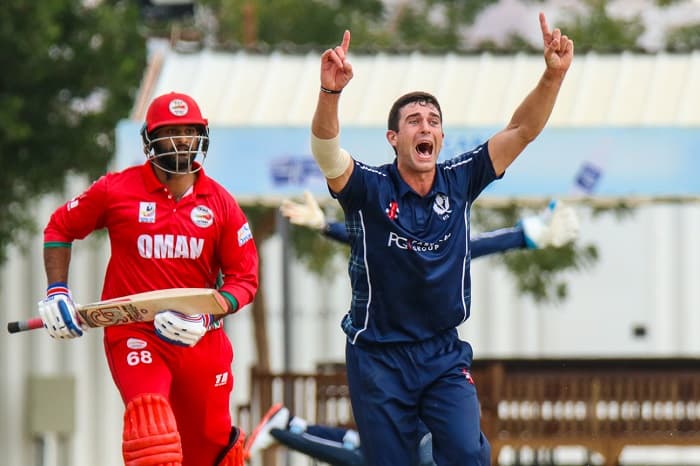 Oman and Scotland will be facing each other for the 10th match of the 2021 ICC T20 World Cup. The match will be played on Thursday 21 October 2021 at 7:30 PM. The face-off will be played in Al Amerat Cricket Ground Oman Cricket in Oman.

Scotland is at the top of the table in Group B whereas Oman stands second. Bangladesh and Oman both have 2 points each and it will be a very crucial game for both teams to qualify for the Super 12.

How do I watch the live streaming of the Oman vs Scotland match?

Rights to Telecast the entire tournament in India is given to Star Sports Network. They are responsible to Telecast all the matches and everything related to the T20 World Cup. Below are the channels which will be Telecasting the matches in India.

Hotstar and JioTV will be also be streaming the matches. Hotstar is a mobile app of Star Network which will be live streaming the entire tournament. You can check the highlights in case you miss the match on Hotstar.

In case you are not able to live stream the match, you can keep the track of the live score on Cricbuzz or on our website sportyreport.com.

The pitch has found equal assistance for both spinners and batsmen. Batsmen need to make sure that they convert the starts into big scores as it won’t easy for the new batsmen to come and play shots from the word go.

Oman vs Scotland Prediction and Head to Head

Oman and Scotland have faced each other 5 times before this encounter and Scotland has emerged as the winner in all five games. It will be an Important game for Oman to be able to qualify for the Super 12.

Prediction– Scotland will win the match.

The Oman national cricket team is the team that represents the country of Oman. The team is governed by Oman Cricket Board and is an associate member of ICC since 2014. Zeeshan Maqsood is the current captain of the team and Duleep Mendis’s current coach.

The Scotland national cricket team represents the country of Scotland. They are governed by Cricket Scotland which is an Associate Member with ODI status since 1994. Kyle Coetzer is the current captain of the team and Shane Burger current coach.