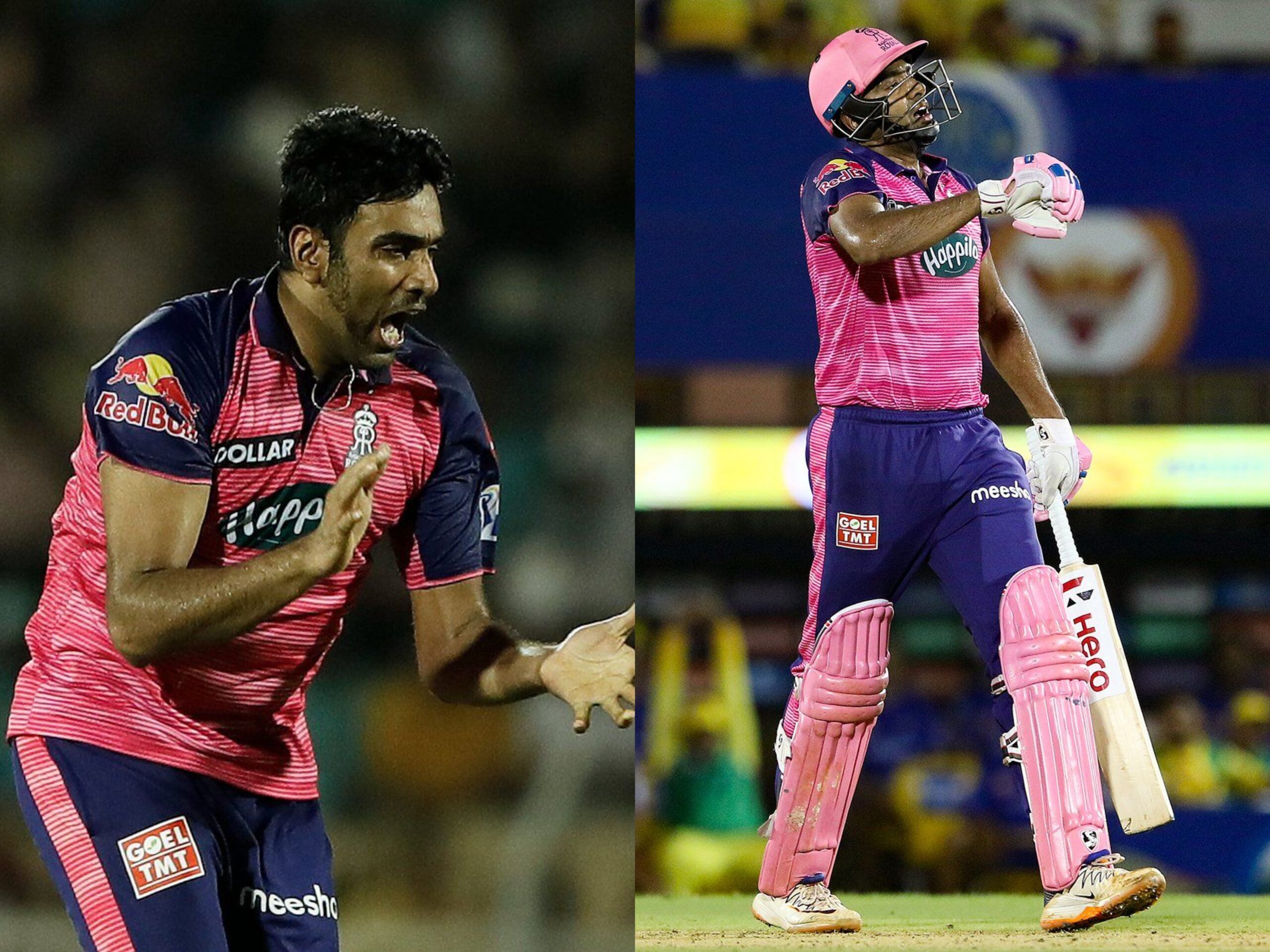 R Ashwin played a crucial cameo for the Rajasthan Royals to secure them a win over the Chennai Super Kings in their last game of the tournament for both sides. He scored an unbeaten 40 off 23 balls at a strikerate of 173, his knock including two fours and three sixes. He also took 1-28, picking up  the wicket of Devon Conway. Aside from a few shaky moments, the Royals were well in control of their 150-run chase and eased home with five wickets and five balls remaining.

Conway was dismissed when Ashwin was introduced in the eighth over. The left-hander tried to sweep but was struck on the pad, appearing to be land in front of leg. Conway’s review showed that the ball was heading further down leg it looked, but the impact was umpire’s call.

Ashwin was promoted to five in the Royals’ chase. Arriving to bat in the twelfth over after the third wicket, Devdutt Padikkal had fallen, Ashwin shared a 28-run stand with Yashasvi Jaiswal. After a quiet six balls that brought four runs, he announced his presence with a might six off Moeen Ali that soared over long-on.

Two wickets fell in the span of ten balls to peg Royals back, set-batter Jaiswal for 59 and Shimron Hetmeyer for 6. But Ashwin’s unbeaten 39-run partnership at the death with Riyan Parag, which came off a brisk 20 balls ensured that Royals made it easily.

With the equation for the Royals tense needing 19 runs off the last two overs, Ashwin lifted the pressure and drove a mighty blow for six off Mukesh Choudhary. He hit another boundary off Matheesha Pathirana in the final over that sealed CSK’s fate.

Ashwin averages 30.50 from ten innings this season, having accumulated 183 runs at a strikerate of 146. The Royals have backed him to bat higher up the order on multiple occasions this season, and he has repaid the faith. The win for the Royals means they officially qualify for the playoffs and finish at second position on the table behind Gujarat Titans. They will play the first Qualifier against the Titans on May 24 at Eden Garden, Kolkata.

What a player! @ashwinravi99. Just gets cricket. Whether test cricket where he is a great or T20 where he is now a champion.

After 14 long years, it’s only fitting that it’s another genius spinner that takes Rajasthan Royals to a top 2 finish in the IPL

Ashwin the batter this season is a mix of shallowing of attacks plus the truer nature of these decks in Mumbai and Pune. But above all, it's a tribute to RR's tactical usage of him as pinch-bloker/hitter to farm their depth. It has indirectly extracted the best out of him.

Ashwin is a legendary cricketer.