‘Only one question left for DK, would he like a window or aisle seat on a plane to Australia?’ – Dinesh Karthik masterclass elates Twitter 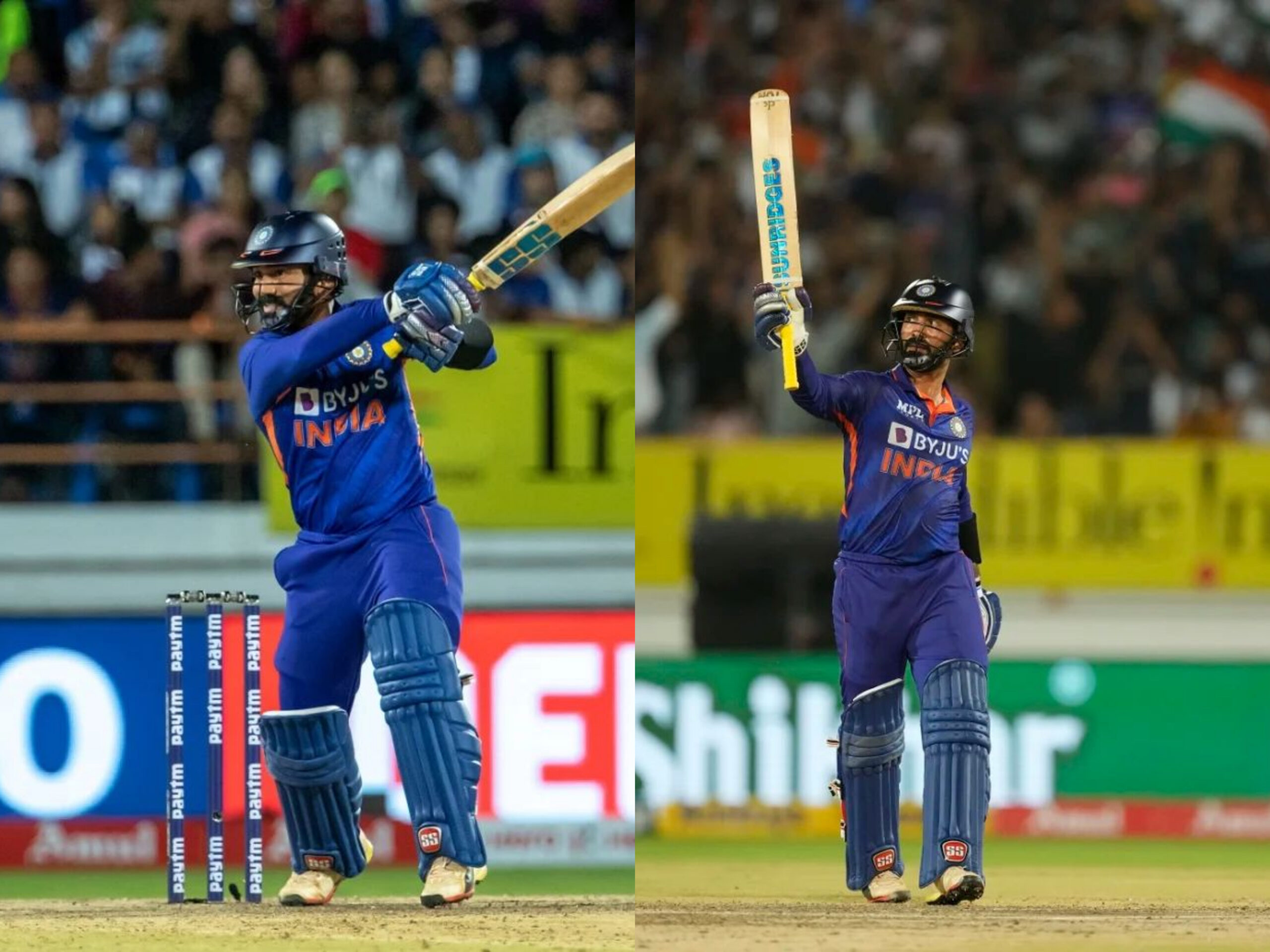 Just like he did for the Royal Challengers Bangalore throughout the IPL, Dinesh Karthik showed up today to save India’s skin. In the fourth T20I of the series against South Africa, he scored his maiden T20I half-century after he hit 55 off 27 balls, hitting nine fours and two sixes while batting at a strike-rate of 203. DK’s innings provided the impetus that India desperate needed, and he boosted their total to 169.

India had scored 96 off the first 15 overs at a run-rate just over six. Heading into the last five, Hardik Pandya had made 33(25) and Karthik had faced eight deliveries, and scored six. In the sixteenth over Karthik let loose against Anrich Nortje, belting him for three fours in an over that leaked 15 runs. Keshav Maharaj was treated with equal disdain, and he too had a trio of fours struck against him. Thirteen from the over.

Enter Dwayne Pretorious. The first three balls of the over were struck for 6, 4, and 4 and India piled up 16 runs. In the nineteenth over Hardik smashed a clean six off Lungi Ngidi before holing out next ball. That didn’t stop Karthik, who smacked another four and they took 13 off the over, despite a wicket falling.

Karthik was on strike for the twentieth over, but unfortunately for India couldn’t last more than one ball. He did, however, slog that ball for six over midwicket to bring up his fifty in 26 balls. Pretorious immediately got his revenge, a slower ball around leg that Karthik couldn’t really time. Rassie van der Dussen caught it at deep backward square leg.

55(27) for DK. Playing on a different planet. He just gets T20. And nobody plays that role better than he does in this Indian set-up.

DK has totally possessed himself with a mission to win the WC for India and it's miraculous how well he has aligned both his body and mind to it. Man must have been hurt deeply by not winning the 2019 WC Semis, and he is dying for a redemption.

It's all so inspirational!

Somewhere between DK making his T20I debut 15 years ago and being the player of the match in that game, to DK making a comeback and scoring his first T20I fifty, we all grew up!

Not many things in cricket better than watching dk sweep fast bowlers for fun. Quality.