‘Oreo side affects’-Twitter reacts as India will be without Bumrah, Jadeja for T20 WC 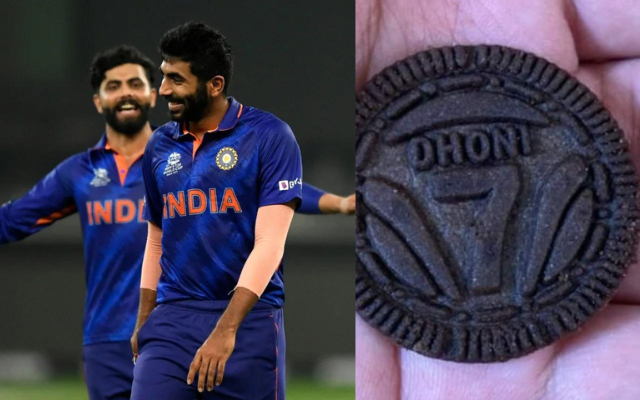 Team India are currently involved in the T20I series against South Africa. The Men in Blue started the series on a grand note by beating South Africa by 8 wickets at Thiruvananthapuram in Kerala.

Meanwhile, India were dealt with a huge blow to their World Cup hopes after Jasprit Bumrah has been ruled out of the tournament. The right-arm fast bowler was earlier ruled out of the Asia Cup 2022 tournament owing to a back injury.

India thoroughly missed his services in the tournament where they struggled to defend the totals when it mattered the most. However, the pacer returned to action in the recently-concluded T20I series against Australia.

He took a game’s break in the first game and then played the second and third T20I respectively. Bumrah didn’t turn up for the T20I opener against South Africa. A BCC official on the condition of anonymity said that Bumrah will be out of cricketing action for some months due to a stress fracture.

It will be quite interesting to see how India would react in certain situations without Jasprit Bumrah. The right-arm pacer is known for his ability to bowl pin-point yorkers and keep the opposition silent even in the death overs.

There were several instances of him controlling the flow of runs for Team India, which is why he has been the most valuable player for the team.

“Bumrah is not going to play the World T20 for sure. He has a serious back condition. It’s a stress fracture and he could be out for a period of six months,” a senior BCCI official told PTI on conditions of anonymity.

On September 25, Sunday, MS Dhoni re-launched Oreo biscuits and also went live on YouTube channel. In the press conference, he added that Oreo was launched in 2011, India won the World Cup in 2011. He further added that if Oreo can launch again, India can win the World Cup again.

Meanwhile, India will head into the T20 World Cup without the services of Jasprit Bumrah and Ravindra Jadeja.

Here’s how the Twitterati reacted:

India will be without their two of the most important players at the T20 World Cup – first Ravindra Jadeja and now Jasprit Bumrah. It's gonna be a huge challenge in Australia for India!

Jaddu will be a bigger miss than Bumrah

We are a team. Throw these lame excuses away… we have the resources to win in Australia!

Time to bring back.🔥🤝🏻 pic.twitter.com/0FNmpkXrlX

Time to take inspiration from these guys pic.twitter.com/NMCieyxJPy