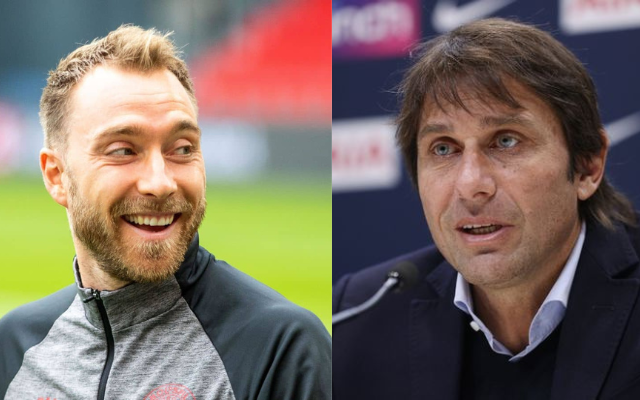 According to Fabrizio Romano, Tottenham does not seem to have as much interest in Christian Eriksen as they had before. After having a one-on-one discussion with the player’s agent, the north London club decided to halt their pursuit of the player, but the Danish midfielder has not yet decided on his future despite interest from Manchester United.

In recent days, Christian Eriksen’s future has been the focus of a great deal of discussion and speculation. The offensive midfielder has gained a lot of interest as he has shown that he is healthy and has performed very well for Brentford after signing a short-term agreement with the club in January.

His efforts significantly prevented Brentford from being drawn into a fight for relegation, and since Eriksen signed just a short-term agreement, he is free to select his next move during the summer transfer window. His efforts were warmly appreciated.

His performances have led some of the top clubs in the Premier League to give him a contract that is anywhere from medium-term to long-term. Up to five teams, including Manchester United, Everton, Tottenham, and West Ham United, have shown an interest in Eriksen.

David Moyes has expressed his belief that Eriksen may be a valuable acquisition for the Hammers. However, there are further candidates than Tottenham that are still in the running. It was widely believed that the Spurs were interested in re-signing their former player, and Antonio Conte was reportedly eyeing him as a solid depth option for the team.

Man United and Brentford are still waiting for final answer from Christian Eriksen. Tottenham, focused on different players after one conversation with his agent – then no follow up or official bid. ⚪️🇩🇰 #THFC

More: Steven Bergwijn's expected to leave, Ajax are working on it.

In the meantime, it was claimed that Eriksen rejected the offers made by Manchester United, and it seemed like Tottenham had the upper hand. However, Eriksen has not yet settled on a definitive choice for his future, and it is possible that he is not in a rush to accept the call.

However, the most recent news provided by Fabrizio Romano reveals that Tottenham has pulled out of the competition. Spurs only had one discussion with the representatives of Christian Eriksen, and since then, they have scaled down their pursuit of the Danish midfielder.

In addition, contrary to what has been reported about Manchester United, the club and Brentford are still awaiting a response from Eriksen regarding a position for next season. The approaching World Cup would be on the mind of the Danish international player, and as a result, playing frequently for his new club would be high on his priority list.

Instead of going with one of his other suitors, he could consider working toward that goal at Brentford. However, when considering the number of years that he wants to continue playing football, Eriksen’s desire to join a bigger club may not be detrimental to him. This would allow Manchester United to sign him as a result of their interest in the player.

REPORTS: Nottingham Forest Is Interested In Signing Liverpool Defender Neco Williams
REPORTS: Newcastle United Has Come Up With An Offer For The French International Adrien Rabiot