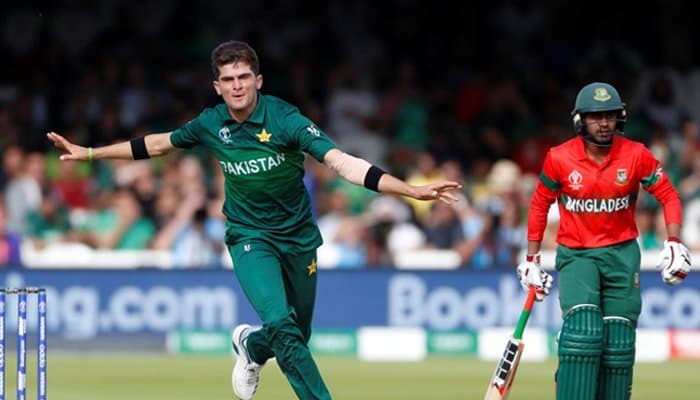 Pakistan Cricket Team will be visiting Bangladesh to play a series of 3 T20 Matches and 2 Test Matches. The series will take place on 19 November and will end on 8 December 2021. The Test series will be part of the 2021–2023 ICC World Test Championship. Check out the Pakistan vs Bangladesh 2021 TV Rights Details and Digital Live Streaming Details, H2H, Playing Squad and Schedule, and everything you need to know about the series.

The Pakistan national cricket team represents Pakistan in International Cricket. The team is administered by Pakistan Cricket Board and is a full time member of ICC with Test, ODI and T20 Status. The team is captained by Babar Azam and Coached by Saqlain Mushtaq. Pakistan is one of the successful teams that has managed to win each of the major ICC international cricket tournaments: ICC Cricket World Cup in 1992, ICC T20 World Cup in 2009, and ICC Champions Trophy in 2017, as well as becoming the fourth team to lift the mace of the ICC Test Championship in 2016.

The Bangladesh men’s national cricket team represents Bangladesh in International Cricket. The team is administered by Bangladesh Cricket Board and is full time member of ICC with Test, ODI and T20 Status. Bangladesh team is captained by Mominul Haque in Test, Tamim Iqbal in ODI, and Mahmudullah in T20 and Coached by Russell Domingo. Bangladesh played their first test in 2000 against India and became the 10th Test-playing nation. Bangladesh is an emerging nation in international cricket and has done many wonders.

Pakistan vs Bangladesh Head to Head

The test squad of the Pakistan team for the series has not been announced. The squad will be updated as soon as the official announcement is made.

Bangladesh has not yet announced its squad for the series. The squad will be updated as soon as the official announcement is made.