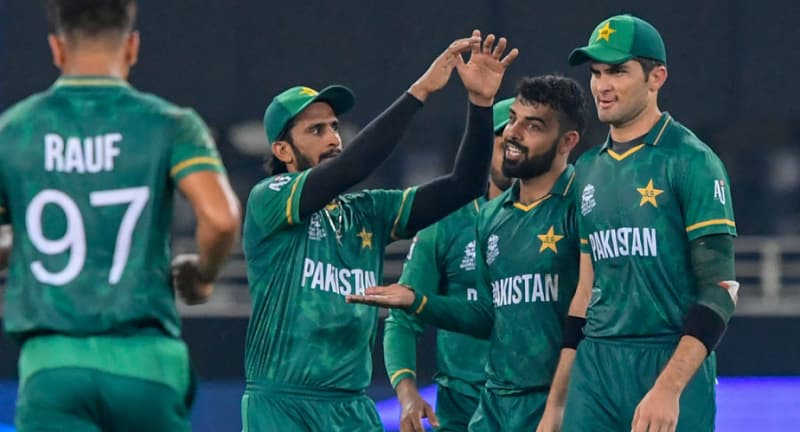 After 5 long years of wait, ICC T20 World Cup is going smoothly as per schedule. Pakistan has had a successful journey so far in the series. They are just one match away to be qualified for the knockout stage of ICC T20. Fans will be eager to watch who might win the upcoming match. As we know that the finals will be held on 14th November 2021.

The upcoming match of ICC t20 World Cup is going to be held on November 2nd, at 7:30 PM IST and 6:00 PM Local Time against Pakistan and Namibia. To know more about the details take a look at the T20 World Cup, 31st Match: Pakistan vs Namibia Match Prediction, Dream 11 Fantasy Cricket Tips, Playing Xl, Pitch Report All you need to Know.

The pace at which Pakistan is performing is commendable. We all know that after a long time, the players and teams are performing, so the motives of everyone are the same, to put their best foot forward. Team Pakistan is just one win away to be officially qualified for the Knockout stage.

On the other hand, Namibia started their Super 12 stage with a 4-wicket win over Scotland. However, they faced a reality check against Afghanistan when they lost the match. Pakistan stands at the top of the points table as they have all 3 matches, whereas Namibia is at the 4th position since they have won just one match. Pakistan has more chances of winning the match.

In case you are wondering who to choose as your Dream Team, here are some tips and advice that can be useful. Take a look.

Babar Azam proved to be a gem against the bowling attack of Afghanistan. He managed to score his second half-century in this tournament. The Pakistan skipper scored 128 runs in 3 matches at an average of 64.

Gerhard Merwe Erasmus is could be a reliable batter for Namibia. He has managed to get a score of 121 runs in 5 matches in this tournament.

Imad Wasim is keeping the flow of runs under control. In 3 matches, he has bagged 3 wickets at an economy of 5.9.

David Wiese is the main man for Namibia. He is an all-rounder and there are more chances of Namibia’s victory. So far in this World Cup, he has scored 142 runs and has also picked up 4 wickets.

Haris Rauf could be a good pick of the bowlers for Pakistan in this World Cup. He managed to swap 6 wickets in 3 matches. Despite going for plenty of runs in the last match against Afghanistan, he is the best choice for the team.

Ruben Trumpelmann is a good choice for your fantasy teams. He can trouble the batters. In 5 matches in this tournament, he has managed to pick up 6 wickets at an economy of 7.11.

Who are the playing XI ? PAK vs NAM

Pitch Report, All you need to Know

The Upcoming match of Pakistan and Namibia will be taken place at Sheikh Zayed Cricket Stadium. The bowlers should get some help off the surface, keeping the batters on their toes in the early stages. Both teams will look to chase upon winning the toss, with 160 being a good total at the venue.