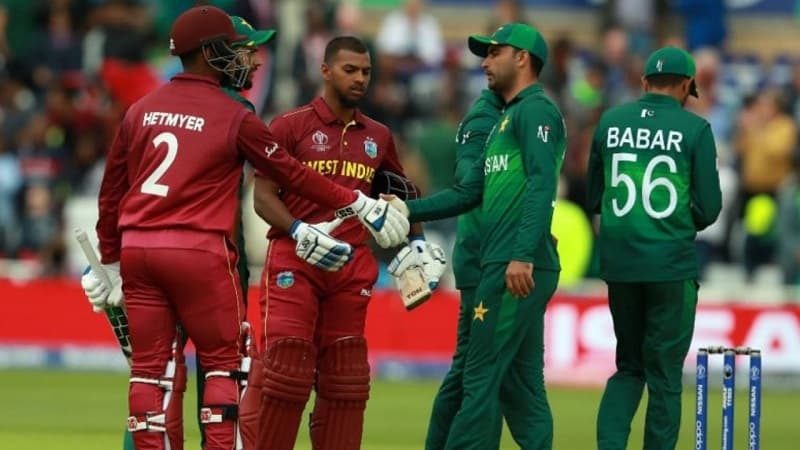 Pakistan will play the world T20I champions in the West Indies in five T20Is followed by two Tests, however, after exploring England for three ODIs and three T20Is. Pakistan tour of West Indies 2021 will be held between 21st July to 24th August in Barbados and Jamaica. Whereas, West Indies is all set to host a busy summer of cricket, which includes South Africa, Australia, and Pakistan in the coming months.

However, after hosting Australia at its native place, West Indies will be hosting the Pakistani team to test the team before the T20 World Cup 2021. Most importantly, Pakistan vs West Indies 2021will is scheduled to begin with the 1st T20 match at Kensington Oval, Barbados. However, the fixtures of the tour were confirmed by Cricket West Indies in May 2021.

For Pakistan, Yasir Shah’s inclusion is subject to fitness as his wrist spinner is yet to recover from the knee injury that side-lined him from the Zimbabwe Tests.

West Indies Squad for Test: The Caribbean Board is yet to announce the squad for the Test series against Pakistan. Once the board announces the squad, we will update here as soon as possible.

SuperSport to telecast live of West Indies Vs Pakistan two-match test and five-match T20I series in Sun-Saharan Africa. Whereas the; Cricket West Indies (CWI) have signed the four-year broadcast rights acceptance with SuperSport securing the rights to West Indies Cricket till the end of 2024 in sub-Saharan Africa.

Cricket Fans in the United States can watch Pakistan’s tour of the West Indies on ESPN+. In the United Kingdom, TV coverage will be shown live on BT Sport. BT Sport has obtained a free-to-air rights package that includes daily highlights of international matches played in the West Indies.

For New Zealand audiences, SKY Sport NZ is the official broadcaster, they can tune to SKY for the live coverage of the series. However, Sky Sports New Zealand includes its Sky Go mobile app, and Sky Now the app will offer live coverage and highlights of the televised West Indies series.

Where to watch Live Streaming?

The matches of West Indies Vs Pakistan will not be telecasted in India on the TV but Indian fans can watch Pakistan Tour Of West Indies live cricket streaming online on the FanCode app and website with a subscription. Ten Sports have bought the broadcasting rights of the West Indies vs Pakistan 2021 series in Pakistan and the channel is the only platform to watch the cricket games of the tour.