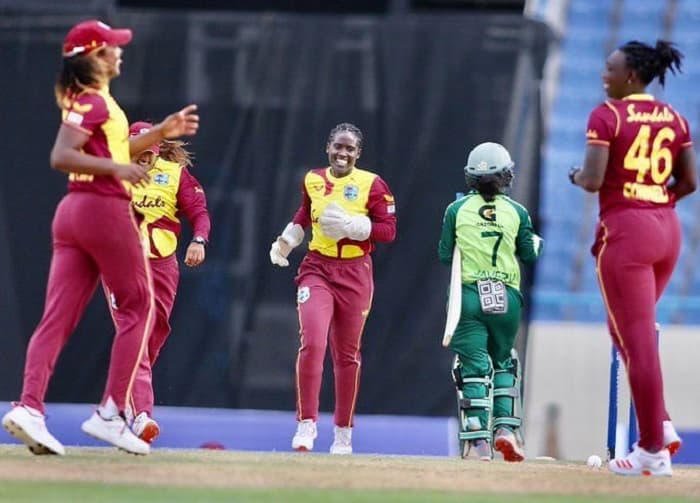 The Pakistan Cricket Board on Thursday announced that they will be visited by the women’s cricket team of the West Indies in Karachi for three ODI matches in the month of November. The chairperson of PCB said at the press conference that this would be a great opportunity to promote the growth of Women’s cricket in Pakistan. He also added that this would help both sides gain confidence for the upcoming World Cup Qualifiers.

TV rights for West Indies and Pakistan have not been disclosed yet by the officials. We are waiting for the news and will update you regarding the same. So stay tuned.

Where to Watch PAKW vs WIW Live Streaming Details

The live streaming of the West Indies Women and Pakistan Women Cricket will be made available on FanCode App. All you might require is to go to your search engine and look for the official website. You can also download the application onto your cell phone to watch the match without any interruptions.

What is the Head to Head?

In a total of 16 head-to-head matches that was played against West Indies Women, they have won 13 matches. Meanwhile, Pakistan managed to win the rest of the three matches. A five-match series was held between both teams in July 2021. West Indies Women had won the series with 3-2 as the final score.

What are the Squad of West Indies and Pakistan 2021-22 Women?

What is the Schedule of West Indies women tour of Pakistan 2021-22?

Here is the entire schedule of the upcoming match of West Indies Women Cricket and Pakistan Women’s Cricket. So take a look at it now.