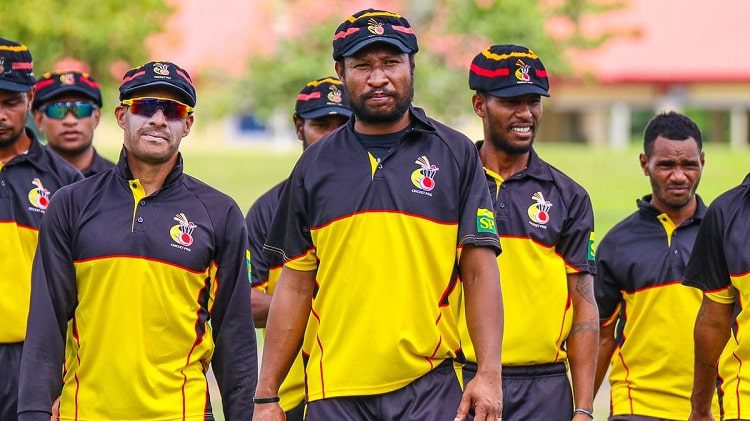 Papua New Guinea is one of the 16 participating nations and will be making their ICC Global debut for the first time this year. All matches were initially scheduled to take place in India, but now the tournament will be held at two nations jointly, Oman and UAE. So check out the Papua New Guinea Squad For T20 World Cup, Complete Players List, Owner, Captain, Stadium, And Fixtures.

The national cricket body of Papua New Guinea has announced its official playing squad for ICC T20 World Cup 2021. It consists of 16 players including the captain and vice captain of the team. The team is eyeing on stealing one of the spot in the Super 12. Here take a look at the list of players

Who is the Owner and Captain of Papua New Guinea?

The Cricket team of Papua New Guinea is managed and controlled by the national cricket body of the country, Cricket PNG. It was founded in the year 1972. It is headquartered at Port Moresby. It had gained the affiliation as an elected associate member of ICC in the year 1973. The chairperson of the association is Helen Macindoe.

The International ground for the national cricket team of PNG is Amini Park, in Port Moresby. It was established in the year 1971. The ground has experienced matches by Australian Cricket team and The West Indies as well. It has also organized the Women’s cricket matches against japan in 2006.

The fixture of PNG has been officially announced and as per the reports the first match is scheduled to be against Oman on 17th October 2021 . So take a look at the entire fixture for the team below,

Here is the an entire schedule that has been announced by the officials for the upcoming tournament T20 World Cup 2021. Take a look at it now,