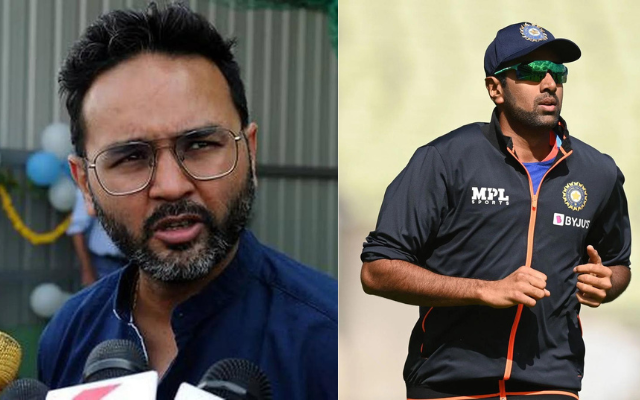 In his first encounter back in international cricket, which took place on Friday against West Indies in the first Twenty20 International, Ravichandran Ashwin was outstanding. While India was batting first, he hit 13 runs off 10 balls and formed an undefeated partnership of 52 runs with Dinesh Karthik. This partnership helped India go to 190/6. During his four overs with the ball, Ashwin notched another impressive performance by claiming two important wickets (those of Nicholas Pooran and Shimron Hetmyer) while allowing just 22 runs to be scored against him.

The captain of the Indian squad, Rohit Sharma, decided to play with three different spin options, which led to the unexpected selection of Ashwin. Ravindra Jadeja and Ravi Bishnoi, a young player, both began the game for India and contributed significantly to the country’s victory. But the former Indian cricketer Parthiv Patel feels that if India plays with two spin bowlers, the experienced spinner would not be a part of the next game. He said that he does not anticipate Ashwin participating in the Twenty20 World Cup that will be held in Australia later this year.

What did Parthiv Patel say about Ravichandran Ashwin

“In the next game, I anticipate Bishnoi playing ahead of Ashwin (if India decides to go with two spinners). To tell you the truth, I don’t see Ashwin participating in the Twenty20 World Cup at all. I would like Kuldeep Yadav, Bishnoi, and (Yuzvendra) Chahal to each bring something unique to the table. Wrist spinners provide an aggressive alternative that may be used in the gaps. Ashwin would not hand it over to you,” Parthiv Patel said to Cricbuzz.

Yuzvendra Chahal, will not be playing in any of the next Twenty20 international matches. Although Kuldeep Yadav is part of the team, he did not participate in the first match even though India fielded three spinners in that game. When Chahal returns to the team for the next series, it will be tough for Ashwin to compete, and the Indian management is likely to play with only two spinners in Australia. Parthiv lauded Rohit for his choice to play with three spinners and for the way he cycled through all of the spin bowlers right from the start of the match.