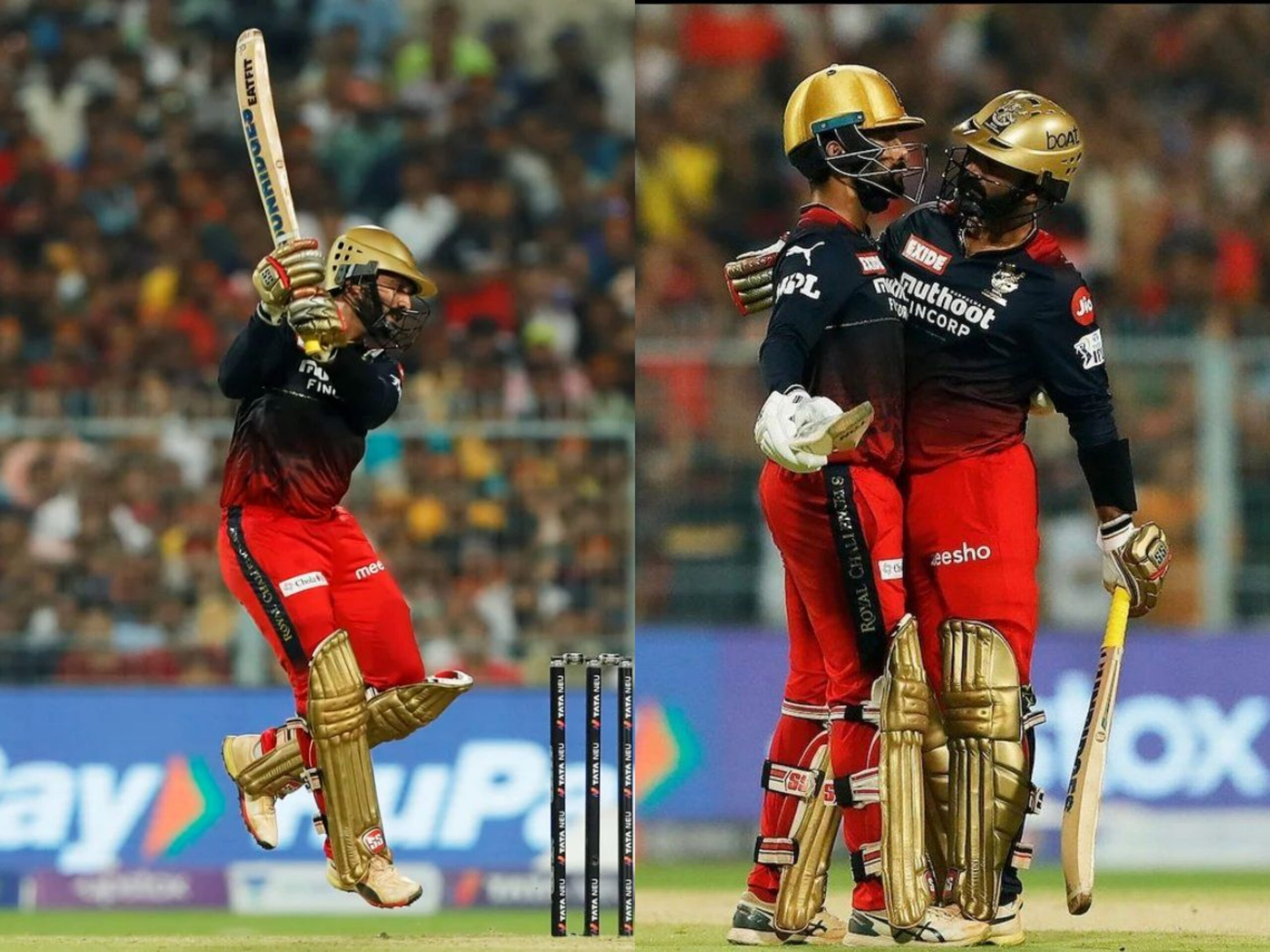 Dinesh Karthik was superlative once against for the Royal Challengers, providing a brutal finish to their innings against Lucknow Super Giants on Wednesday. He scored an unbeaten 37 off 23 balls at a strike-rate of 160, smashing five fours and a six in his cameo. Karthik’s innings helped RCB set LSG a formbidable target of 207.

Today Karthik had his share of luck. He was dropped on 1 off Mohsin Khan, when KL Rahul spilled a tough chance off a leading edge. In true DK style, he made the most of it. After being a spectator while centurion Rajat Patidar bludgeoned Ravi Bishnoi for 26 runs in the sixteenth over, Karthik decided he wanted in on the action too.

DK’s first ten balls produced only six balls; then he struck Avesh Khan for two boundaries, and a third flew for four off the edge of his bat.In the penultimate over he and Patidar worked together to obliterate Dushmantha Chameera – each of them smacked a boundary and a six in an over that went for 21 runs.

Karthik has had a tremendous IPL season, averaging 64 with 324 runs from 15 innings so far, while batting at an absurd strike-rate of 187.

The two teams are playing the first Eliminator of the IPL playoffs, the winner of whom will play Eliminator 2 against Rajasthan Royals to go through to the final. The Gujarat Titans have already booked their final spot after defeating the Royals in Qualifier 1 on Monday.

Umpire's call, dropped catch, edges going to fence. When life gives you chances, make the most of them like Jos did yesterday, like DK is doing today.

Patidar baked the cake. Dk is adding the icing. Delicious.

also, so evident that dk’s worked so hard on his power hitting skills. he’ll move around to hit the ball just about anywhere; in awe of his skill

There is no pace bowler in the IPL who can stop DK at the death. Hope he carries this form into the WT20! 🤞🤞

‘Like Buttler yesterday, Virat Kohli struggled with his timing’ – Twitter reacts to Virat Kohli slow innings
‘KL Rahul has again scored his own runs’ – Twitter critical of LSG skipper’s innings as they lose Eliminator to RCB