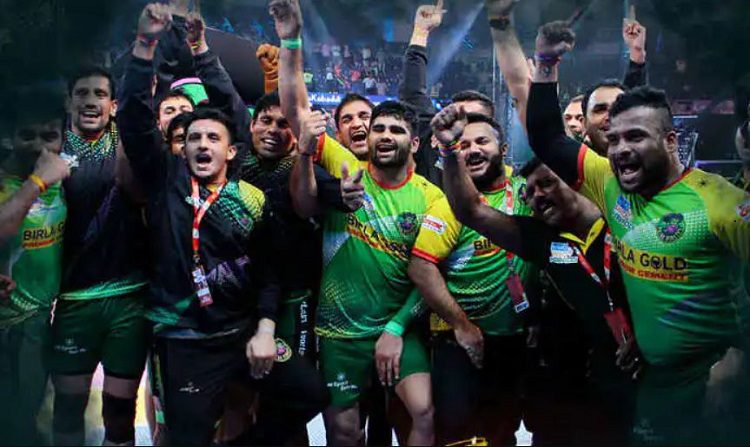 Pro Kabaddi League is a kabaddi league played professionally by a total of 12 teams. It was started in 2014 and had 7 seasons in all, except last year because of the COVID-19 pandemic. The format of teams is similar to that of the IPL. Patna Pirates is one of the most successful teams, based in Patna, Bihar. It won 3 seasons titles out of 7. Check Patna Pirates Pro Kabaddi Team Players 2021, Captain, Owner, Coach, Jersey, Team Squad & Full Schedule.

Patna Pirates is led by the team captain, Pradeep Narwal, and coached by Ram Mehar Singh. the team’s home ground is situated in Patna- Patilputra Sports Complex. it won 3 times for successive seasons. The Pirates won their first title by defeating defending champions U Mumba in 2016(January). It gained popularity soon after defeating Jaipur Pink Panthers. So, Let’s check some more details about the team.

The team was first formed in the year 2014, which was led by Rakesh Kumar.

The star raider Pardeep Narwal is the captain of this popular team, Pirates. The coach of the team is Ram Mehar Singh. They are one of the most successful teams with a history of 134 matches played a total of 2712 successful raid points. Pirates captain Pardeep Narwal is also a Dubki King. The Patna Pirates franchise is owned by Rajesh Shah.

As we know the teams consist of a combination of strong and active players, here is the list of the players of the team Patna Pirates 2021, Season 8.

The upcoming Pro Kabaddi League 2021 is all set with power-packed teams. Patna Pirates is also prepping up for its matches, so here is the full schedule for PTP fans to mark the following dates.