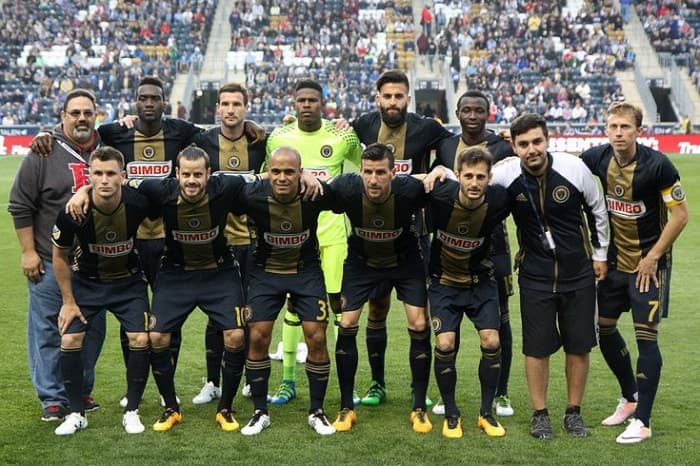 The Philadelphia Union is considered to be one of the most impressive and best teams in Major League Soccer. The team is based in the Philadelphia metro area and plays in the Eastern Conference Division of MLS.

They are popularly known as The Unions, which was established in the year 2008. Having 13 successful years as a team with their home ground, Subaru Park which has a capacity of 18,500. The Philadelphia Union spends a total of $ 7,854,971 on player salaries. So take a look at the Philadelphia Union Players Salary 2021 And Highest-Paid Players.

The Club invests a huge amount of sums as a salary to its players. Here is an entire list of players with their salaries. Take a quick look at it.

Who are the Highest-Paid Players of the Union?

Philadelphia Union consists of players like Alejandro Bedoya, Jamiro Monteiro, Sergio Santos who are skilled players and the team’s most highest-paid players. So let’s check out these men and their salaries in brief.

Alejandro Bedoya is the Philadelphia Union’s top earner, with an annual salary of $ 1,266,000. He is seen play as an attacking midfielder or winger. Bedoya captained the Union through to the semi-finals of the MLS in a Back tournament and finished with the best league record, earning his team a trophy, the 2020 Supporters Shield.

Jamie Monteiro is a professional midfielder in the Philadelphia Union. He is a player from the Netherlands and represents the Cape Verde national team. He is the second-highest-paid player from the league where he earns $ 618,000 as a base salary.

Who is the manager of the Philadelphia Union?

Jim Curtin is the current manager of the Philadelphia team. Mr. Curtin had taken responsibility for managing the team since 2014. He has taken in charge of training and guiding the team as a head coach for eight years. He guided the Union to first place in the Eastern Conference and the overall standings last season and the first-ever CONCACAF Champions League in 2021.

Under his leadership, the Union reached the US Open Cup three times and won the Supporters Shield.

Factual Information: Colors of The Union, and Current Ranking

Philadelphia Union currently stands fifth in the Eastern Conference and ninth in the overall MLS table.