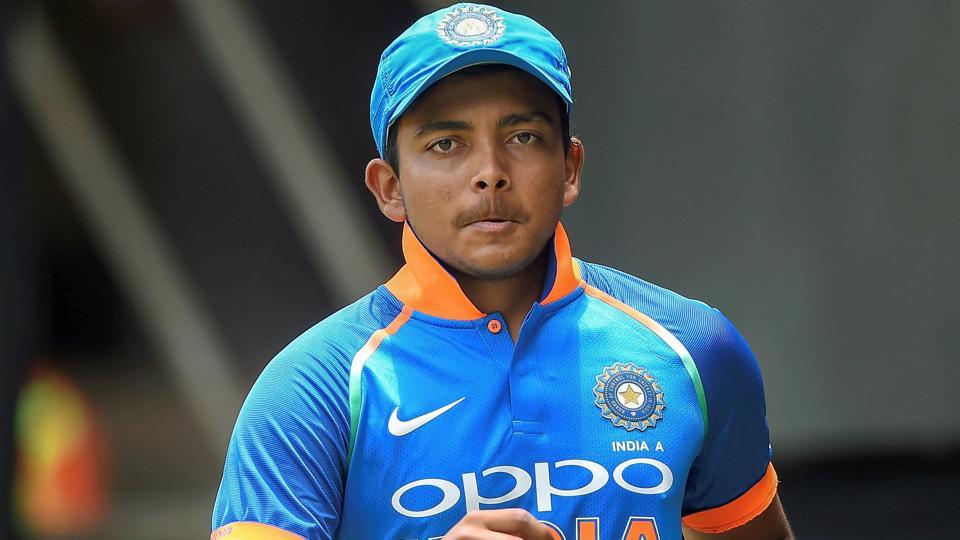 The BCCI recently organised a fitness camp at which only the selectors from the National Cricket Academy (NCA) and players who are expected to compete in the T20 World Cup in 2022 were invited to participate. Of the famous names, Prithvi Shaw has come under fire for failing to meet the yo-yo test threshold of 16.5 on the first attempt. While it has been observed that Shaw scored fewer than 15 in the Test, which was a surprise. He will still be eligible to play for the Delhi Capitals in IPL 2022.

Shaw was last seen in international play during the limited-overs series against Sri Lanka in 2021. The 22-year-old had a fantastic IPL season in 2021. He was retained by the Delhi franchise ahead of the IPL 2022 Mega auction. In Mumbai’s three Ranji Trophy games, Shaw, on the other hand, wasn’t quite at his best.

You are in the process of establishing your own karma: Prithvi Shaw

Shaw sent out a message to his detractors on his Instagram account. He urged them not to pass judgement on him until they had heard the whole story. He seemed to be optimistic about his ability to make a successful recovery soon. Meanwhile, a source has said that Shaw’s fitness would have been harmed by playing three consecutive Ranji games and that his Yo-Yo Test result would not prevent him from participating in the Indian Premier League.

“Please don’t judge me when you don’t know my situation. You are creating your own karma,” Shaw said in an Instagram story.

“These are just fitness updates. Obviously, this does not prevent Prithvi from representing the Delhi Capitals in the Indian Premier League. It’s just a fitness measure, not the be-all and end-all of everything. Consider the fact that he has played three Ranji matches in a row. When you play three first-class games in a row, weariness might have an impact on your Yo-Yo score,“ according to a source reported by the Hindustan Times.

Following his performance in the yo-yo test at NCA, Hardik Pandya, who was also a member of the Indian camp, will be evaluated to determine whether or not he will be retained in the Indian team following the conclusion of the IPL 2022 on May 29.