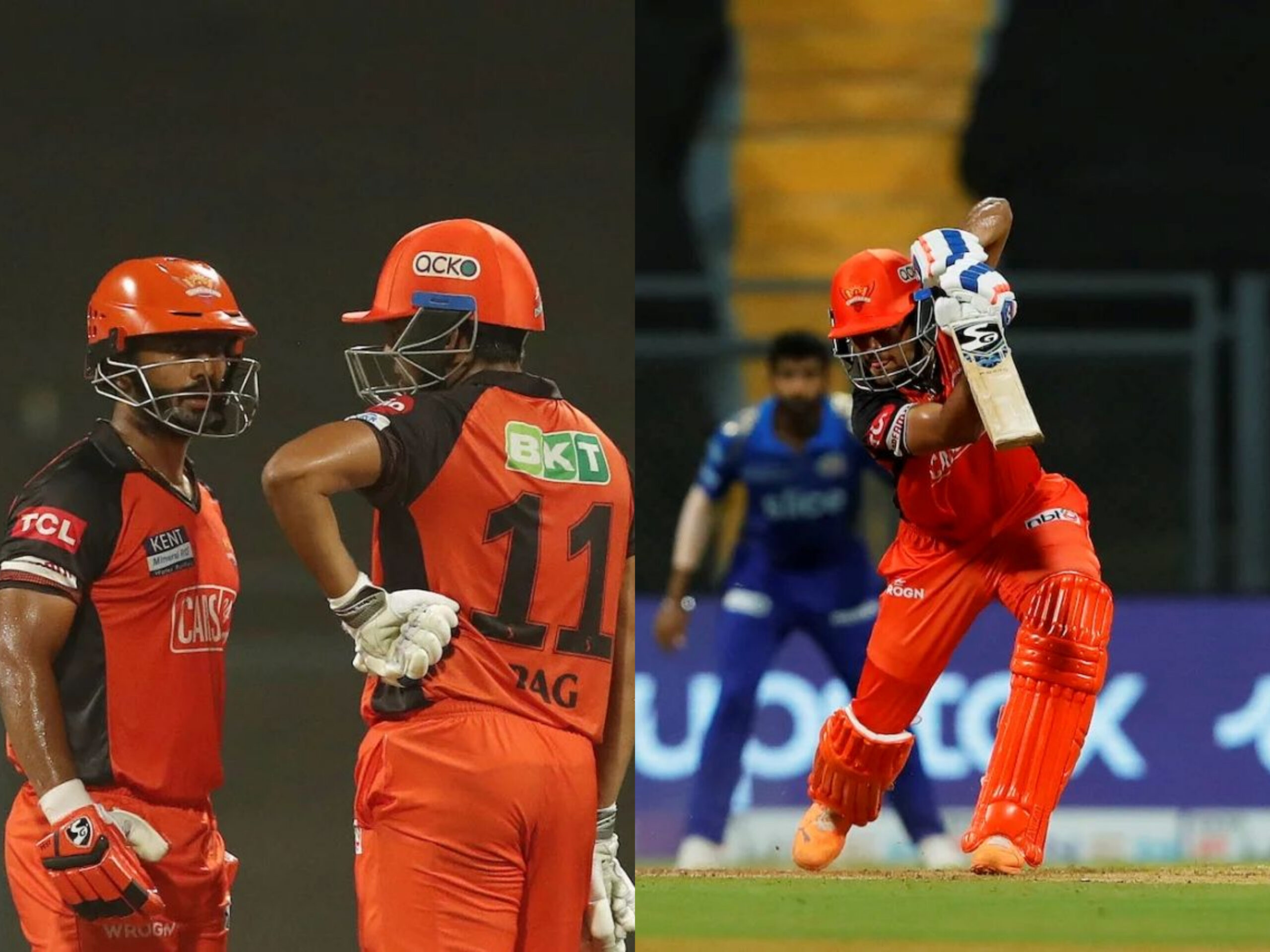 Priyam Garg played an impressive opening knock for Sunrisers Hyderabad in their game against Mumbai Indians on Tuesday. Opening the innings, he scored 42 off 25 balls at a strikerate of 160, with four fours and two sixes along the way. His innings set the tone for SRH to a total of 194.

In light of skipper Kane Williamson’s difficult form this season, he dropped himself down the order the order. Garg, playing his first IPL game of the season slotted in in his place. He took a few balls to get going, and SRH lost Abhishek Sharma third over for 9 after getting caught off a bottom edge to Daniel Sams. Three balls later, Garg found himself on the receiving end of a little luck with a leading edge off Sams that dribbled away for four.

Priyam Garg scores 42 in his first match of IPL 2022, Kane Williamson drops down the order

Garg didn’t face too many balls as Rahul Tripathi went berserk at the other end. SRH hit seven fours and two sixes as they raced to 57-1 at the end of their powerplay. The two put together a 78-run partnership off just 43 balls. He took on Mayank Markande in the ninth over, hitting two fours in what turned into a 12-run over. Rammandeep Singh was the one who claimed his wicket, with a stopping ball that had Garg into the shot early. He ended up spooning it back to the bowler.

Priyam Garg returned to the side after a long gap, especially considering he featured in only five matches in 2021. This move has come after a painful run of form for Williamson, who averages 18 with 208 runs from 12 matches this season at a strikerate of 92.

SRH fans on Twitter were appreciative of Priyam Garg making the most of his opportunity.

Apne Meerut ka launda Priyam Garg finally shows what he is made of. It was his bad luck that he got picked by this clown franchise.

Priyam Garg did it in one inning what Kane couldn't do in last 12 innings. That's why you should learn your mistake as early as possible. This is for SRH and MI too.

Priyam Garg opening for SRH tonight. finally got the chance he deserved🤩