Pro Kabaddi Winner List and Runner up Of Every Season 2021, Prize Money 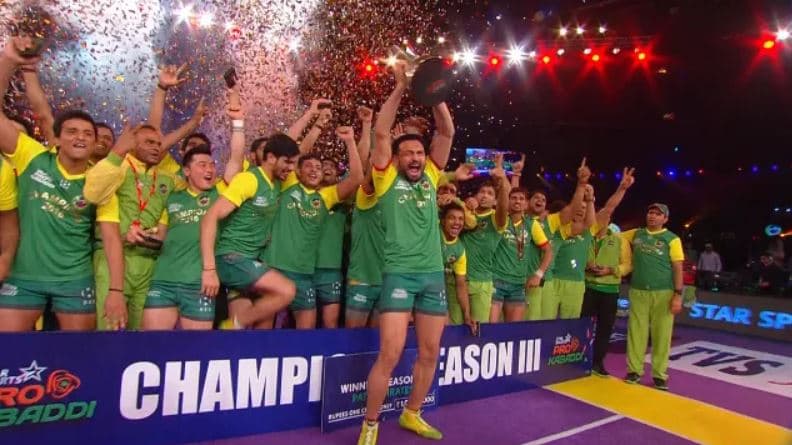 The Pro Kabaddi League is a famous-level Kabaddi league in India. However, it was founded in the year 2014. The PKL was established by Mashal Sports and Mr. Anand Mahindra, Chairman, Mahindra Group. Star India who has a maximum share in Mashal Sports has purchased the rights of ten years to organize the league from International Kabaddi Federation (IKF). Check Pro Kabaddi 2021 Winner List and Runner up Of Every Season 2021, Prize Money.

Check Here Pro Kabaddi Winner List and Of Every Season 2021.

The 1st season of the Pro Kabaddi League was played from 26 July 2014 to 31 August 2014. However, a total of 8 teams took part in the first edition of the PKL, and a total of 60 games was played. However, the final was played at Mumbai where Jaipur Pink Panthers defeated U Mumba by 35-24 to win the inaugural PKL title.

The 2nd edition of Pro Kabaddi was played from July 18th to 23rd August 2015. The same eight teams took part in the league and a total of 60 matches were played. Whereas the final game was played in Mumbai where U Mumba defeated Bengaluru Bulls by 36-30 to win the PKL 2015 title.

Pro Kabaddi season 3rd took place in January 2016 where 8 teams from past seasons took part. In the final, Patna Pirates beat U Mumba by 3 Points in Delhi to lift their first PKL trophy.

The 4th season of the league was played from June 25th to July 31st where existing eight teams battle. Patna Pirates officially defend their title against Jaipur Pink Panthers in the final and became the 1st team to win it twice.

The 5th season of the league was won by Patna Pirates against Gujarat Fortune Giants in the final and became the 1st team to win it thrice.

The 6th season of the competition was won by Bengaluru Bulls against Gujarat Fortune Giants in the final of PKL season 6.

Pro Kabaddi League Season 8 will kick off from 20th July 2021. All the Matches will play between 20th July to 19th October.