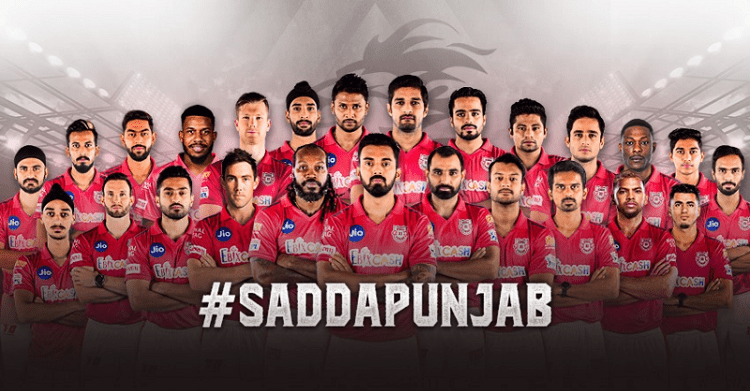 Punjab Kings consists of the enthusiastic players of all times. The Kings represent Mohali, Punjab in the Indian Premiere League as one of the franchise teams each year. Check Punjab Kings Players List 2021, Owner, Captain, Stadium, And Fixtures. The team was established in the year 2008 as Kings XI Punjab The team has had a topsy-turvy journey so far. The team has made only one other playoff appearance in 13 seasons.

Punjab Kings are on a full throttle with the second phase of IPL to commence from 19th September. The first match that the Kings will be facing against is Rajasthan Royals on the 21st September 2021.

Punjab Kings played in all 8 matches in the first leg of IPL out of which they had won 3. In the upcoming matches they need a minimum of 5 matches to win in order to feature in the playoffs.

Punjab Kings have two replacements to their squad as the two Australian pacers Jhye Richardson and Riley Meredith have opted out of the remaining IPL games in UAE. Nathan Ellis and Adil Rashid have been announced as the replacement for these players. Here take a look at the entire list that will be playing in the upcoming matches of Punjab kings.

Who is the Owner and Captain of the team Punjab Kings 2021?

PBKS is jointly owned by  by Mohit Burman, Ness Wadia, Preity Zinta and Karan Paul. The Famous Bollywood Actress Preity Zinta owns 23% of the stakes of the team. Ness Wadia belongs to the Wadia Group which is an Indian conglomerate company with stakes of 23% of the franchise.

The current skipper of the team, Punjab Kings is K L Rahul. He is a brilliant performer on field. His skills are exceptionally well crafted. He is a right handed batsman and a wicket keeper.

The team plays all its home matches at the home ground PCA Stadium in Mohali. It is run by the Punjab Cricket Association. The Stadium hold the seating capacity of 26,950 precisely.  As of December 2019, it has hosted 13 Tests, 25 ODIs and 5 T20Is.

What is the full Schedule for Punjab Kings in UAE 2021?

As we know that due the rising cases of ongoing pandemic in India, the IPL 2021 season was put on hold. However it announced its return in July, stating that the rest of the matches will be held in UAE. Taking all covid-19 protocols and safety measures, all the players have quarantined themselves for 14 days before the start of the match.

The first match to be played against Punjab kings is scheduled to be on 21st September 2021. The time of the match is 7:30 PM in Dubai. All matches given bellow are according to IST. So fans can plan their evening accordingly. Take a look at the entire fixture of Punjab Kings here.