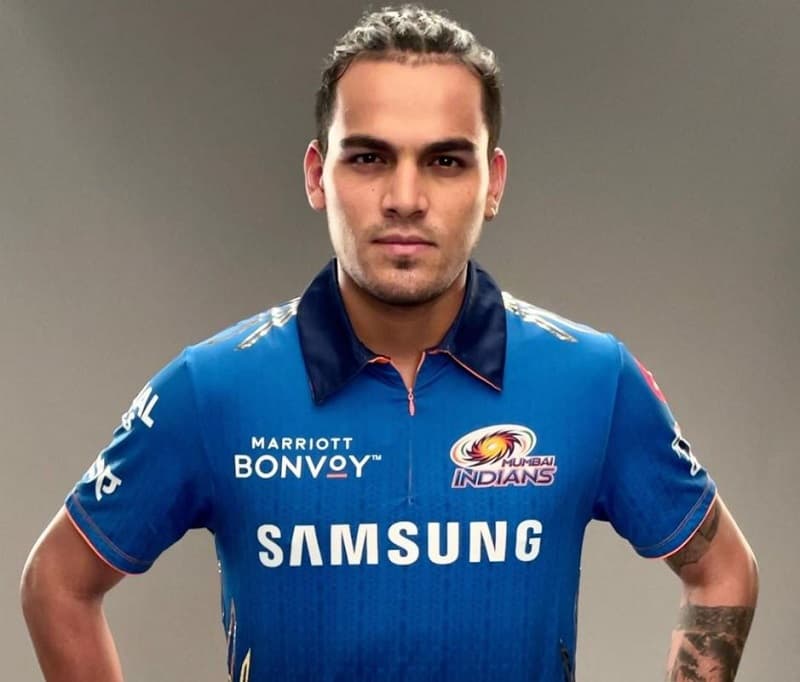 Rahul Desraj Chahar is an Indian Cricketer who was born on 4 August 1999 in the Bharatpur district of Rajasthan. He plays for Rajasthan in Domestic Cricket and for Mumbai Indians in The Indian Premier League. He is a Right Palm Leg Break bowler who bats right-handed. In 2019, Rahul Made his International debut for Team India against West Indies in T20. Check Rahul Chahar Net Worth 2021-22, Salary, Central Contract, Personal life all you need to Know.

Rahul Chahar plays for Mumbai Indians and he is one of their key players. Mumbai pays a hefty amount to its players. Chahar has bagged ₹ 7,70,00,000 till now and his current salary is ₹ 19,000,000. He stands at 181st position in IPL salary rank.

Rahul Chahar doesn’t have a central contract with the BCCI till now, however, many board members think that Rahul should also be considered for the contract as he’s talented and can do wonders.

Rahul was born in a Hindu Jatt family. His father is Desraj Singh Chahar and his mother is Usha Chahar. Deepak Chahar is Rahul’s cousin Brother. Rahul and Deepak both were trained by Rahul’s Paternal Uncle Lokendra Singh Chahar. Rahul got interested in Cricket after watching his cousin brother Deepak. He started cricket at the age of 8 years as a fast bowler. Later he realized that spin was his specialty. In 2019, Rahul got engaged to his Longtime Girlfriend Ishani.