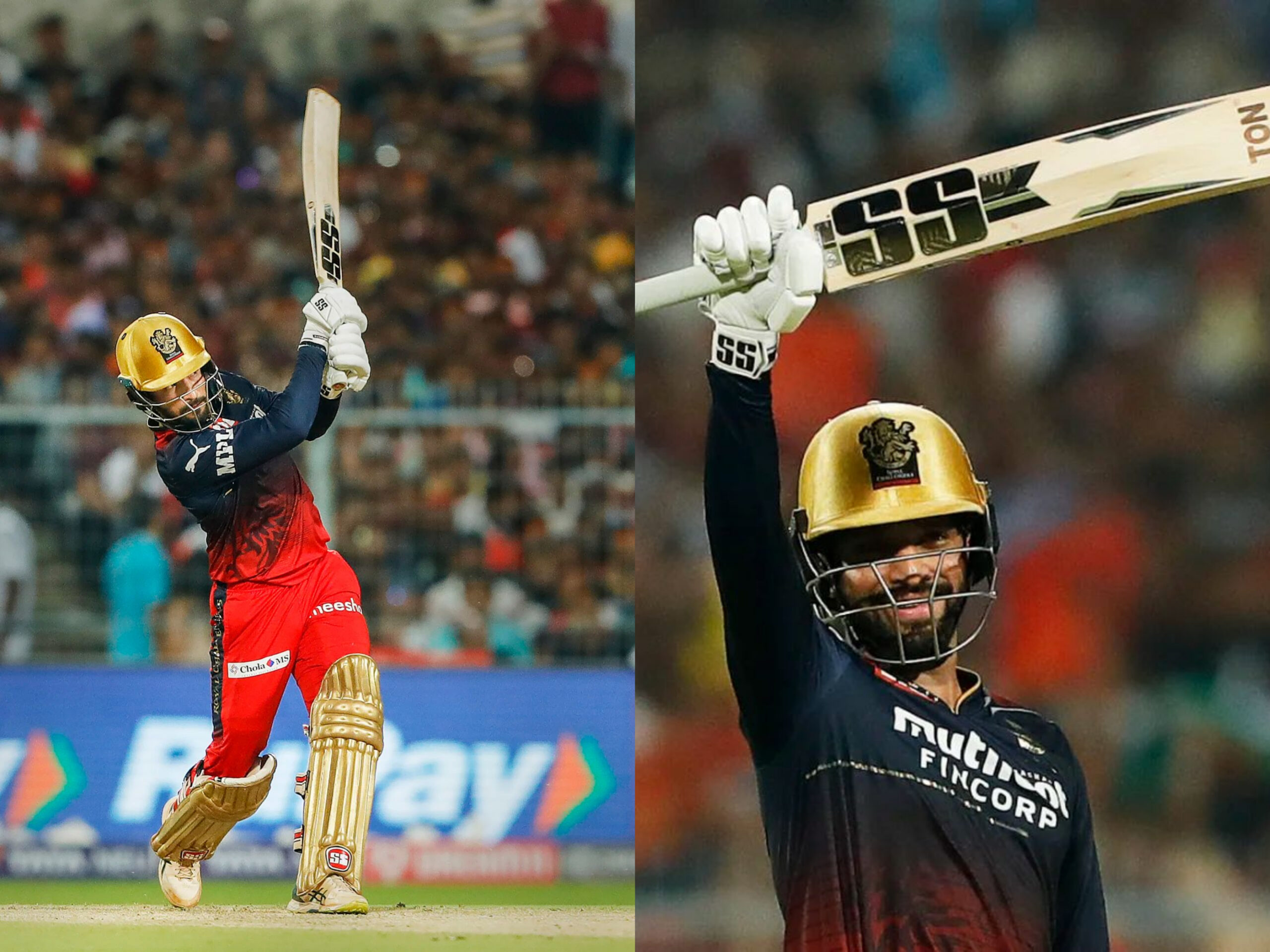 Rajat Patidar scored his maiden IPL hundred for the Royal Challengers Bangalore against Lucknow Super Giants. This is the first eliminator of the IPL playoffs, held at Eden Garden on Thursday. He smashed twelve fours and seven sixes en route to his sublime 112(54), made at a strike-rate of 207. Patidar’s innings helped his side set a total of 207 after winning the toss. Patidar is the fourth player to score a hundred IPL 2022, his ton the seventh of the tournament.

Patidar didn’t open but batted in the first over anyway, after Faf du Plessis was sent back by Mohsin Khan for a first ball duck. After taking a few balls to find his feet, he punched two fours off Avesh Khan in the fourth over to get RCB’s scoreboard moving. Then he slammed 19 runs off Krunal Pandya in the last over of the powerplay, which RCB ended with a competitive 55. Patidar scored 33(18) in the powerplay, Virat Kohli managed 17(18).

Patidar continued attacking, brought up his 50 in the tenth over off 28 balls. Kohli and he put on a 66-run partnership off 46 balls. Maxell (9) and Mahipal Lomror (14) fell before Patidar was joined by Dinesh Karthik.

In the sixteenth over, Patidar plundered 27 runs off Ravi Bishnoi. He slammed three sixes and two fours, and in the space of one over RCB’s run-rate leapt from 8.2 to 9.3. Patidar got to his hundred off 49 balls with a powerful pull over midwicket that went for six.

Ironically, Patidar was not even originally picked to the RCB squad this year. He was acquired to replace Luvnith Sisodia, who dropped out in the first half of the tournament with inkury. In Patiday’s six innings this season he has been magnificent, with 275 runs at an average of 55, and S.R. of 156.

Serious hitting by Rajat Patidar and nicely supported by @DineshKarthik.

It’s a great total but given how the surface is playing and the fast outfield, I feel it’ll be a close game.
Well played by @rcbtweets in the first half! #Eliminator pic.twitter.com/NhkErPqv86

Came in as a replacement for Karnataka Batsman Luvnith Sisodia and is today giving RCB more than a chance to win this eliminator with his century. Take a bow Rajat Patidar you made all of us proud today. #RCBvsLSG #IPL2022 pic.twitter.com/W4susn3obJ

Can I tweet twice about this Rajat Patidar’s inning ? BRILLAINT!

The audacity to bring your 100 with a six while striking at over 200 in a knockout match while playing only your 10th IPL innings. Mad stuff.

I can't thank Patidar enough, the numbers of games he attacked & put us in a decent position after a slow start… Sisodia injury a blessing in disguise.