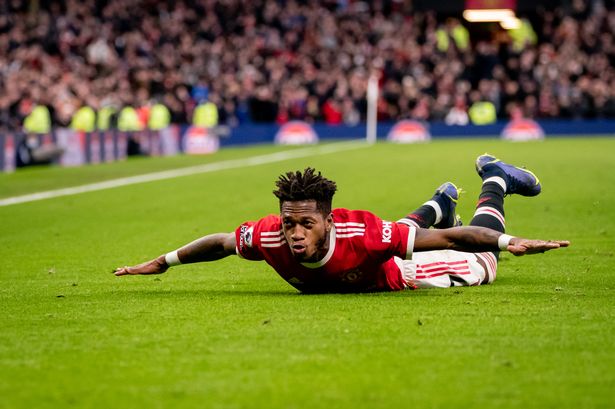 Ralf Rangnick admitted of being mighty impressed by the electrifying brilliance of Manchester United after their victory over a lackadaisical Crystal Palace at home.

Fred scored the solitary strike of the night as he curled an absolute peach past a flying Guaita to send the United fans into an insoluble delirium of frenzy.

The Eagles were clearly the second-best side of the night as Manchester United kept them pegged back to their own half for the most part of the game.

All of this unfurled just after one training session of Manchester United along with the professor of Gegenpressing. If this isn’t impressive enough, maybe their following fixtures can underline the gentry that he would bring to the team.

This is what Ralf Rangnick had to tell about Manchester United

Rangnick claimed to have been surprised by Manchester United’s wondrous showdown. The 63-year-old told Sky Sports about his happiness.

He said, “I’m more than happy. First of all, most importantly, we won the game. Second, we had a clean sheet, third I think we no doubt deserved to win because we had control of the game. I suppose it (the Red Devils’ possession) was more than 60 percent, and we didn’t give them that many chances to score. To be honest I was positively surprised by the performance of the players. I didn’t expect us to play at that level after only one-and-a-half training days together with them.”

In his press conference, Rangnick continued, “We didn’t have a full training session ahead of this game, yesterday was disgusting weather.” He concluded by saying, “It was not even Manchester weather. It was 45 minutes. The rest was video footage. I didn’t expect them to play at that kind of level after such a short time.”

When Rangnick was asked to explain his strategy a bit in details, he concluded the conference by saying a few golden words, citing, “We had enough space with Jadon [Sancho] and Bruno [Fernandes] in those number ten positions for our fullbacks to play forwards and ask for the ball on the wings. That was the reason I decided to play a 4-2-2-2. The most demanding positions in that formation are the tens and I think Bruno and Jadon did well in those positions. Defensively they both did well.”

His last words in the press conference were, “Obviously it was about keeping them away from our goal, keeping them consistently under pressure and chasing balls and winning balls. We decided to go for a slightly different formation but only slightly different. We played with two strikers, Marcus [Rashford] and Cristiano [Ronaldo] up front with Jadon and Bruno on the 10 position and for the rest of the team it was the same position as usual. I just thought it might be better to have control in the centre of the pitch with Cristiano having a partner up front and I think it worked out well.”