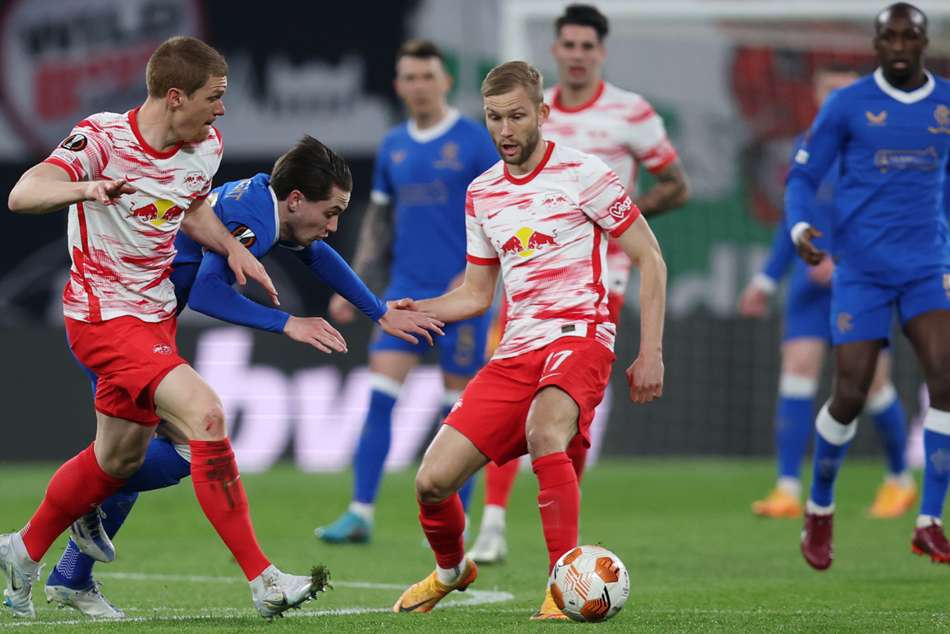 Rangers vs RB Leipzig: The first leg ended in a 1-0 win in the favour of the German side when they met last week. However, the slender lead makes the competition interesting in the second leg. Ahead of the semi final fixture between Rangers and RB Leipzig, here is our preview.

RB Leipzig and Rangers are not in the Champions League scenario in their respective leagues. RB Leipzig find themselves in the fifth position whereas Rangers are six points behind the leaders Celtic. This makes the game important for both sides participating in the UEFA Europa League semifinals.

In their previous Bundesliga game, RB Leipzig registered a 3-1 defeat against Borussia Moenchengladbach. On the other hand, Rangers are on the back of a draw against the leaders Celtic. The game ended in a 1-1 draw.

Rangers met RB Leipzig for the first time at Red Bull Arena in Germany. RB Leipzig registered the win in that game.

Rangers: The Scottish outfit will be without the likes of Filip Helander, Alfredo Morelos, Nnamdi Ofoborh, Ianis Hagi for the crucial game.

RB Leipzig: Amadou Haidara is the only absentee for RB Leipzig.

The first leg ended in a close draw and anything can happen in the second leg. We can expect a gritty performance from Rangers but RB Leipzig are a tough team to deal with. We predict RB Leipzig to register a win on Thursday.

The game between Rangers and RB Leipzig will be live-streamed on Sony Network and Sony Liv applications. The game can also be followed on the official handles of the respective clubs.