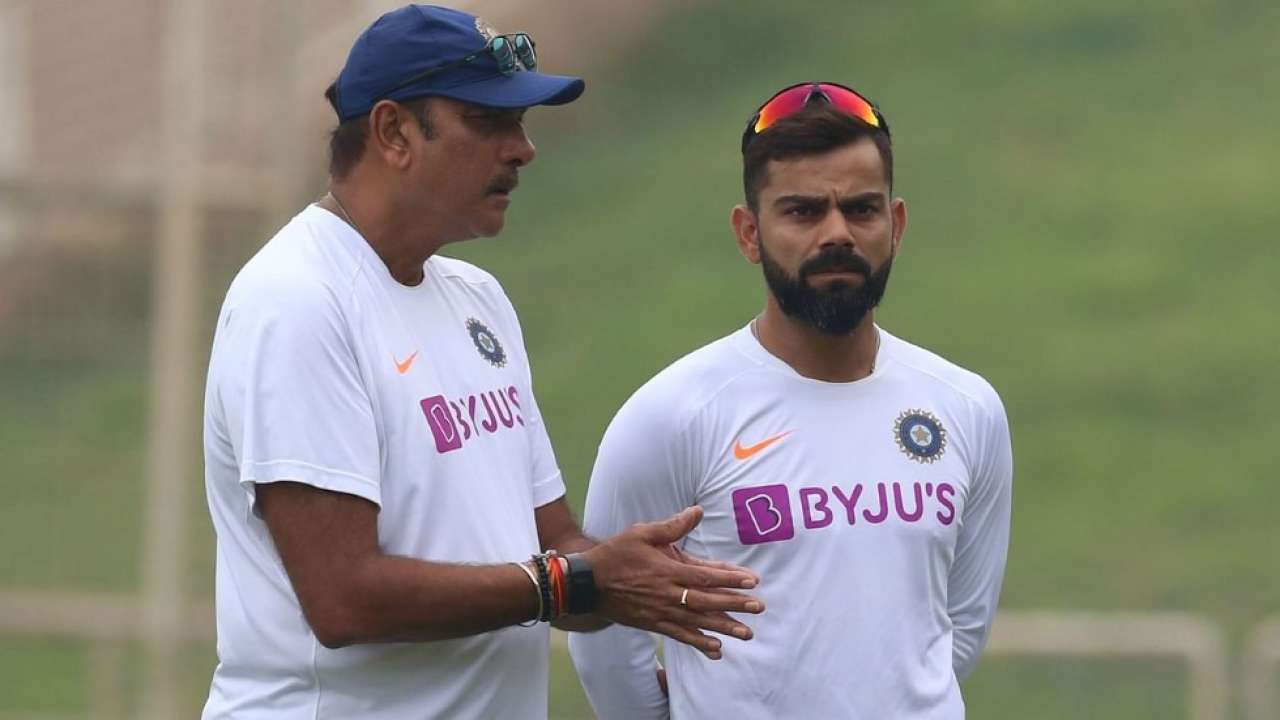 Ravi Shastri, the former India head coach who is presently serving as the Commentator of Legends League Cricket in Oman, has spoken out on Virat Kohli’s decision to resign as Test captain, which was announced recently.

The 33-year-old stood down as T20I captain during the T20 World Cup, but he expressed a willingness to maintain his leadership in one-day internationals and tests. Later on, Kohli was relieved of his 50-over leadership, which was a defining moment in his career, and then he made the unexpected decision to resign from his Test captaincy after the series defeat to the Proteas.

Kohli has been India’s most successful Test captain, having led the team to 40 victories in 58 tests and guiding them from the seventh to first place in the International Cricket Council team rankings. The captain also guided India to their first-ever one-day series triumph over Australia in 2018-19 and came close to pulling off a series win in England recently before Covid-19 halted the series.

It would be intriguing to watch who takes over as captain of the Test team after Virat Kohli, given there are a lot of candidates available at the present.

Kohli had the potential to lead India for at least two years: Ravi Shastri

Meanwhile, Shastri believes that Virat Kohli should not have stepped down as Test captain for at least the next two years, considering a large number of home series that are coming up and the fact that the latter might easily have reached more than 50 victories. He went on to say that Kohli’s followers would be sad that he will not be able to attain the milestone and that Kohli’s choice should be respected as well.

He could have continued for another two years, but we should accept his choice. In any other nation, such a track record would be considered extraordinary. You indeed won three games against Australia, one against England, and one against South Africa, but there are still discussions over whether he should be the captain or not,” Ravi Shastri said in an interview with India Today.

Ravi Shastri also stated that Kohli captained this India team for five to six years. He went on to win 40 games. There are not many captains in world cricket who will go on to achieve this.

“Virat Kohli led India in Tests for five or six years, during which time India ranked first in the world for five of those years. There is no Indian captain with this sort of record, and there are just a handful of captains with this kind of record in the whole globe. Because his record of 40 victories is unique, it is an individual choice when the most successful captain chooses to stand down as captain,” he went on to say more.