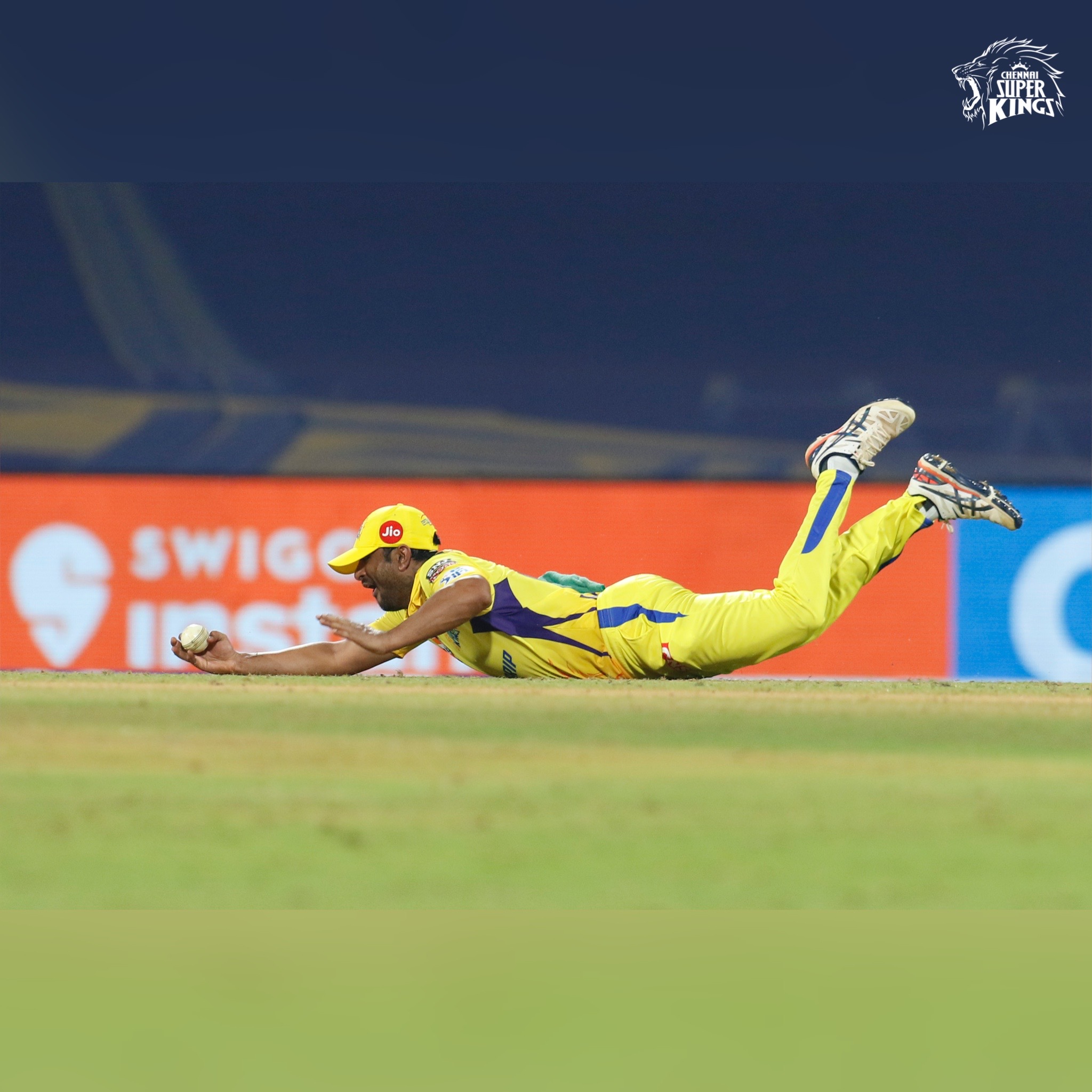 Ambati Rayudu took the catch of the season to dismiss RCB batter Akash Deep. In RCB’s game against CSK on Tuesday (April 12), the IPL’s iconic Southern Derby, RCB were keeping up easily with the required run-rate, managing to canter along at 10 an over despite losing regular wickets. Dinesh Karthik had been batting confidently at that point, but had little support at the other end.

Ravindra Jadeja was bowling the 16th over with Akash Deep on strike. Akash didn’t seem sure of the shot; he poked at a length ball and sent it flying three feet in the air. 36-year-old Rayudu was fielding at short cover, and reacted within a fraction of a second. He dived full-length to his right and plucked the ball out of thin air within inches from the ground. Akash Deep, who’d had a horror outing with ball having conceded 57 runs from his quota, had to go for a duck, while Jadeja picked up his third scalp of the match.

BLINDER! 🤯
A catch that motivates you to be more, every day. Remember, it's Rayudu, not Rayu-don't! 😉#TATAIPL #CSKvRCB #YehAbNormalHai

Ambiti Rayudu just took the catch of the season!!!

Rayudu getting into that 3D mode.

Bring Karbonn Kamaal Katch back cause Rayudu garu deserves one for recreating Superman in real time.

No! Its not a bird! Its Rayudu in 3D! Catch Of The Tournament Contender!!#CSKvRCB #rayudu pic.twitter.com/qLZMoi1XD7

How old is Ambati Rayudu ?

CSK defeated RCB by 23 runs to notch their first win of IPL 2022. It was a long wait, but it finally came against their nemesis RCB. After Jadeja lost his fourth toss, the men in yellow were sent in to bat first. They started slow, losing Ruturaj Gaikwad and Moeen Ali early for low scores, but things worked out for the best. Shivam Dube and Robin Uthappa both made their career-best scores, adding a record-breaking partnership of 165 from 74 balls. Uthappa was at his vintage best, scoring 88 off 49, and Shivam Dube narrowly missed a century but his 96(49) had already destroyed CSK’s morale.

RCB finally succumbed for 191 for 9, but despite losing wickets at regular intervals kept up with the required run-rate. Their stars Faf du Plessis and Virat Kohli scored nine runs between them, but contributions from the middle order kept RCB in the hunt. RCB needed 48 going into the 18th over, which didn’t look impossible given how Dinesh Karthik was batting. Then DK was caught on the boundary for 34 off 12, leaving RCB 9 wickets down and the game finally beyond their reach.

‘Why bring in youngsters when you can bring back prime Robin Uthappa?’ – Twitter hails vintage Uthappa innings
‘Never write off CSK, they know what it takes to be champions’ – CSK fans express joy & relief over first win