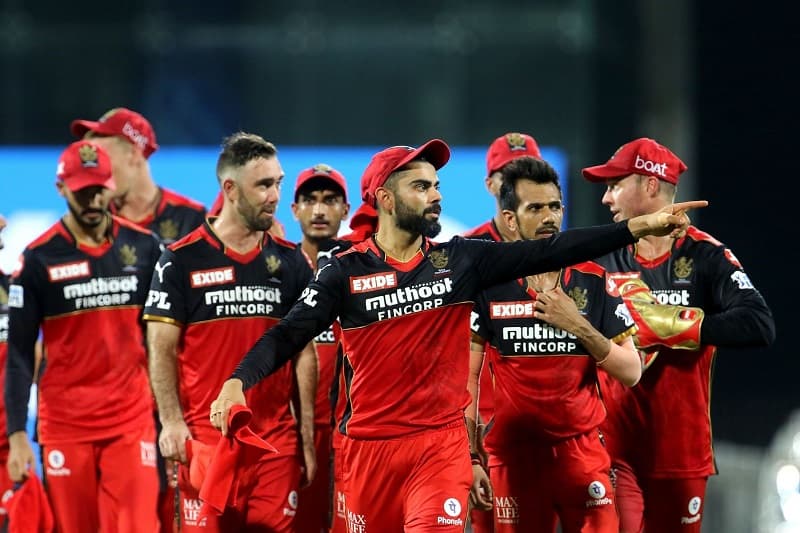 The team is owned by Vijay Mallya, who purchased the team at $111.6 million USD. The team has never been able to get their hands on the IPL trophy. RB finished as runner-up on 3 occasions between 2009-2016. Nevertheless, the fans are hopeful for this year. So check out the Salary Of RCB players In 2021, Who Are The Highest-Paid Players In The RCB Team.

The team consists of both domestic and international players. Players such as George Garton from England, Scott Kuggeleijn from New Zealand were recently added to the team. Both these players will earn a sum of 20 and 50 Lakhs of Rupees respectively in IPL. Experienced players such as Virat Kohli, Kyle Jamieson, Glenn Maxwell earn a sum of more than 14 Crores of rupees in IPL.

Check out the entire list of players and their roles in the team along with their salary.

Who Are The Highest-Paid Players In The RCB Team?

Virat Kohli, the captain of RCB as well as the for team India, is the highest-paid player not only in the team but also in the entire IPL Player Squad. Kohli is one of the best batsmen in the world and inspires many youngsters. This cricketer earns a hefty amount of Rs. 17 Crores in IPL.

The second most highly paid cricketer in RCB is Glenn Maxwell. Maxwell has recently joined the team in 2021. He represents team Australia in the T20s and ODI’s. Glenn will earn a sum of 14.25 Crores in IPL this year.

Royal Challengers Bangalore has never had a winning title in IPL history. Despite been given the tag of ‘ underachievers’, the team never fails to give their best. The fanbase for the team is enormous that even after disappointing seasons, they support in the best interest of the team.

The team is named after the liquor brand, Royal Challengers. The team was founded in 2008 by United Sprints. They play their home matches at  M. Chinnaswamy Stadium.