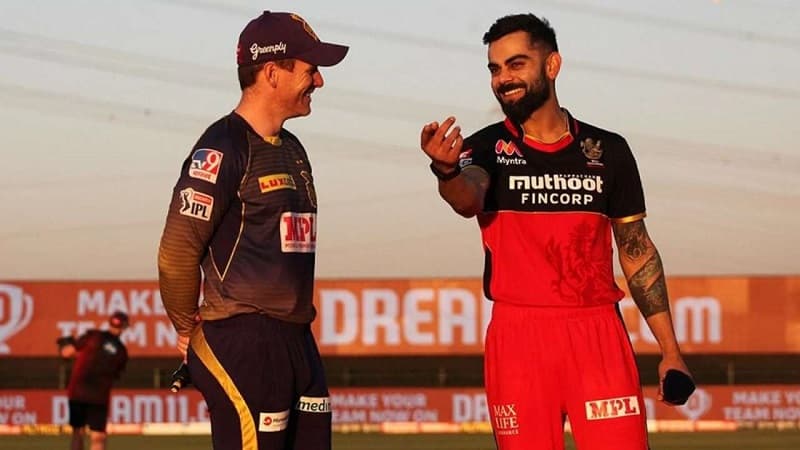 As we know that IPL after six months of break is back again with an exciting and jam-packed season. This season has proved to viewers of its intensity. Check RCB vs KKR IPL Eliminator Live Streaming, TV Rights, Live Score, Pitch Report, Prediction, Head to Head, Playing Squads All You Need To Know.

After days of the first stage of the series finally, the top 4 teams will be fighting for their spot in the finals. RCB and KKR will be seen fighting against each other on the 11th of October 2021.

The third and fourth team in the points table, RCB and KKR will be playing their match at Sharjah Cricket Stadium. The match will commence at 7:30 PM IST. SO check out the details of both teams like Royal Challengers Bangalore vs Kolkata Knight Riders, Eliminator Live Streaming TV Rights, Live Score, Pitch Report, Prediction, Head to Head, Playing Squads All you need to know.

The entire match will be streamed live including the scores and commentary. As we know because of public health concerns no audience is permitted to watch the match from the stadium, so makers have joined hands with a number of channels and sources. Star Sports will be telecasting the entire series live on TV.

For people to wish to watch the match using their mobile phones or devices can make use of Disney+ Hotstar. It has acquired the right to broadcast the entire math without an issue to fans. It is an OTT platform and runs via network. You would be required to have a subscription pack for viewing the content and other services.

Sharjah Cricket Stadium is a balanced pitch where the average score of the first innings is 159 runs which are fairly okay. Chasing a target should be the preferred option at the venue, as it depends on the team batting first has only won 38% of its matches. However, the bowlers have had a successful performance.

What is the Prediction?

Predicting ahead of time is not that easy as there are many reasons that could change the entire face of the match. RCB had never been able to win a trophy so far in the history of IPL. KKR has successfully managed to win 2 times. Both teams have different motives to win the match. So watch the match live on your TV and mobile Sharp at 7:30 PM IST on 11th October 2021.

Head to Head between RCB and KKR

Royal Challengers Bangalore and Kolkata Knight Riders have faced each other on 29 occasions. RCB has won 13 times and KKR has managed to win 16 times.

What is the Playing Squads of RCB and KKR?

Here are the entire playing squads for both team RCB and KKR that have been listed out to you, take a quick look at it.