Real Madrid vs FC Barcelona, Betting Predictions; Where To Watch? 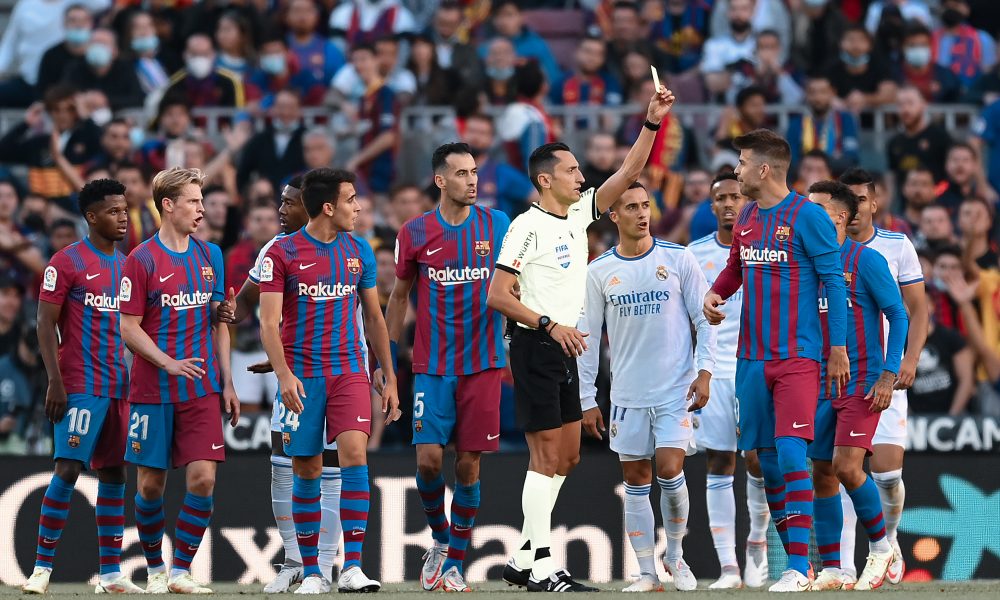 Real Madrid vs FC Barcelona Where to watch?

Karim Benzema did not participate in Real Madrid’s training session on Saturday morning. The France international has subsequently been ruled out of the encounter against Barcelona due to a calf injury. Despite suffering a serious injury against Mallorca, Rodrygo has been certified fit. However, Ferland Mendy has been ruled out with a muscle condition and will not be available, thus Nacho is anticipated to start in the left-back position.

It seems doubtful that Ancelotti will make any surprises in the midfield. Toni Kroos, Casemiro and Luka Modric are all expected to start. Marco Asensio is likely to start on the right. As a result of Benzema’s absence, it will be possible for Gareth Bale, Mariano Diaz, Luka Jovic or Isco to come into the starting lineup. The latter perhaps could be getting the nod to play as a false nine this weekend.

With regards to Barça, Alejandro Balde, Ansu Fati, Sergi Roberto and Samuel Umtiti are all out with injuries. Sergino Dest will also miss the game due to a hamstring injury. In terms of personnel changes from the side that started against Galatasaray, head coach Xavi is expected to make a couple of changes, with Dani Alves possibly returning to the right-back position and Ousmane Dembele possibly replacing Adama Traore in a front three that will include Pierre-Emerick Aubameyang and Ferran Torres

But there is still a question mark over Gerard Pique’s centre-back partner, and all signs are that Eric Garcia will start in El Clasico instead of Ronald Araujo, as was the case last match.

Barcelona has made significant strides in recent weeks. There is little doubt that Real Madrid will be on their guard against bitter rivals in this encounter. Even though there have been greater Clasicos in recent years, meetings between these two teams are always monumental, and we are difficult to separate them here, finally deciding on a 1-1 draw, which would not be the worst possible outcome for either side.