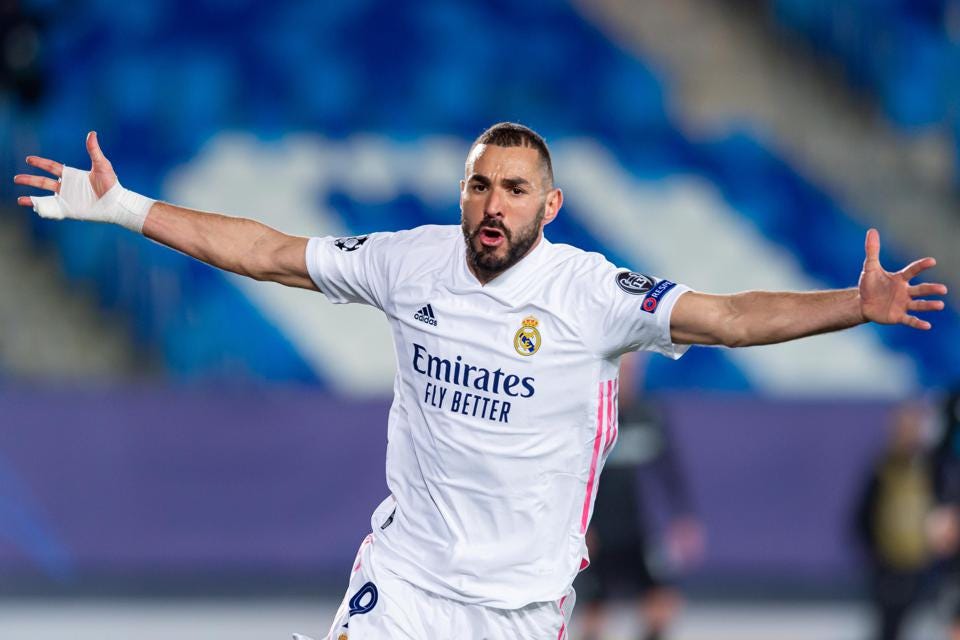 Real Madrid vs Manchester City: The second leg between Real Madrid and Manchester City is set to bring the whole football world together on Wednesday for the Champions League semi-final. After an entertaining first-leg result, the fans across the globe will be on the edge of their seats to watch the game. Ahead of the most crucial game of the season for both teams, here is our preview.

The home side, Real Madrid, sealed the La Liga title with a win over the weekend. Carlo Ancelotti became the first-ever manager in Europe to win five different domestic titles. Real Madrid registered a 4-0 win over Espanyol to seal the La Liga.

Manchester City registered a 4-0 win over Leeds United to keep their place in the title race. Manchester City had four different goalscorers over the weekend. Fernandinho scored in the dying embers of the game to reduce the goal deficit from two to one. They will look to derive confidence when going to Madrid.

Real Madrid: Eden Hazard, Gareth Bale and Luka Jovic will be absent for the Spanish outfit.

Real Madrid were absolutely thrashed in the first leg but they did not leave a big gap between themselves and Manchester City. They will be raring to go against the English side and take them to the task. We predict the Spanish side to advance to the next round.

The game between Real Madrid and Manchester City will be live-streamed on Sony Network and Sony Liv applications. The game can also be followed on the official handles of the respective clubs.