Real Madrid vs Real Sociedad, Betting Predictions; Where To Watch? 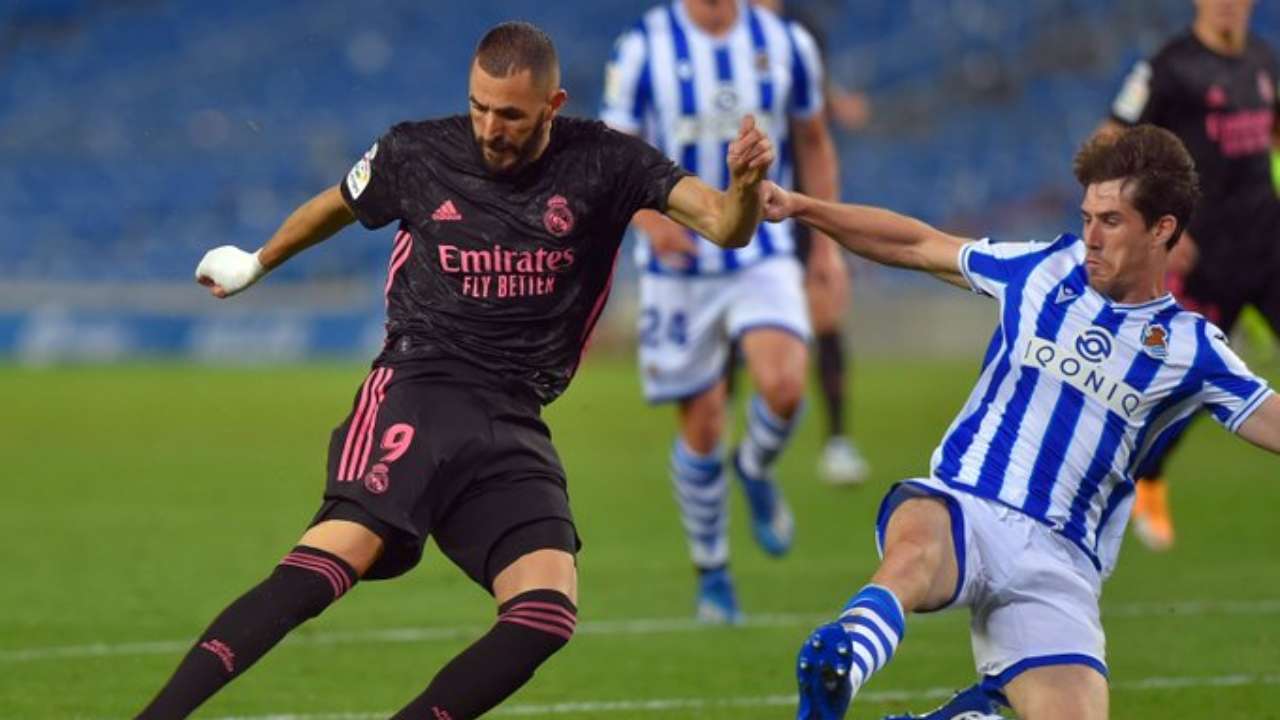 Real Madrid vs Real Sociedad, where to watch

Real Madrid may be without Gareth Bale (muscle) and Andriy Lunin (elbow) this weekend, while David Alaba’s fitness will have to be evaluated before the game. Despite returning to training, Alaba was unable to feature against Rayo last time out owing to a thigh injury. The Austria international is unlikely to be risked tonight, and Nacho will likely stay in the defensive role.

Ferland Mendy and Casemiro are both banned for Saturday’s match. Eduardo Camavinga is also a lock for a starting berth in midfield, with Toni Kroos (hamstring) and Federico Valverde (sickness) both ruled out of the match. Although Ancelotti may be tempted to rearrange his squad in the final third, he will resist the temptation, with Vinicius Junior and Marco Asensio poised to operate on either side of Karim Benzema once again.

When it comes to Real Sociedad, Joseba Zaldua, Nacho Monreal, Carlos Fernandez, Adnan Januzaj, Rafinha, Diego Rico, and Ander Barrenetxea will all miss the match due to injury for the second consecutive game. In the absence of Martin Zubimendi, head coach Alguacil is anticipated to make changes to the team that began against Mallorca. Alexander Isak is set to return to the starting lineup at centre-forward, with Martin Zubimendi seeking to be featured in central midfield.

Mikel Oyarzabal and David Silva have both struggled with fitness this season, but the duo played the whole 90 minutes against Mallorca on Wednesday and will be in the starting lineup again today, with Mikel Merino continuing to play in the centre of the park.

On has all of the makings of a very, very exciting game of football, and Real Sociedad will undoubtedly think that they have a chance to come away with a victory this Saturday. Sevilla will be hoping that the Basque side can do them a favour, but we predict that Los Blancos will come out on top in what will be a competitive encounter in the capital.