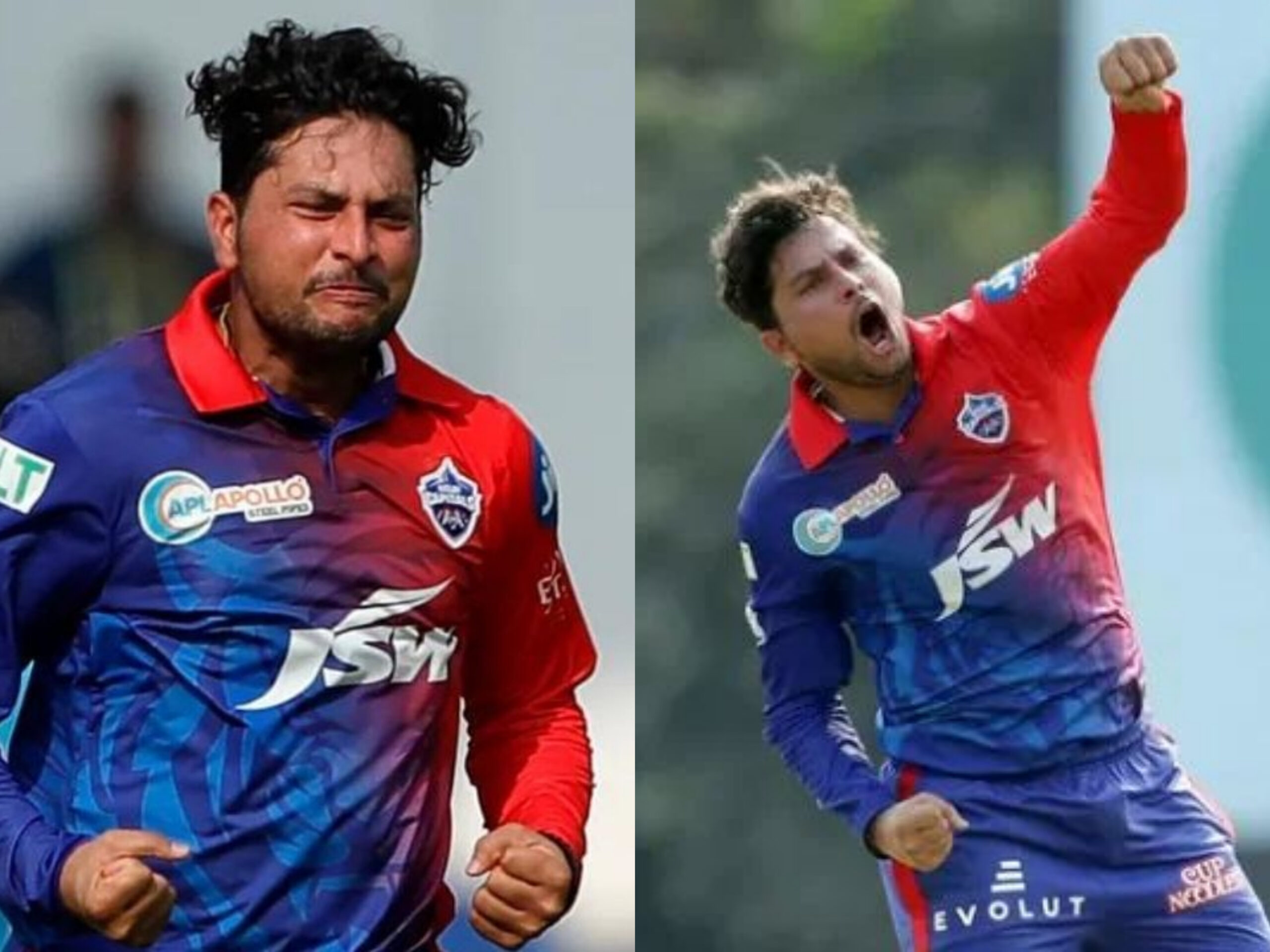 Delhi Capitals spinner Kuldeep Yadav bowled an exceptional spell of 4-35 against the his former team, the Kolkata Knight Riders. Saturday’s afternoon fixture was DC all the way, with Kuldeep’s 4-wicket haul instrumental in clinching a 44-run victory for his side at Brabourne Stadium, Mumbai.

At the start of the 16th over, KKR needed 79 from 30 balls with the lethal Andre Russell and recent hero Pat Cummins at the crease. With those two batting they couldn’t be written off, but Kuldeep did exactly that. He scalped three wickets across four balls to destroy any hope KKR had of winning. He removed Cummins lbw, and Sunil Narine holed out two balls later. Then Kuldeep produced the catch of the year to dismiss Umesh Yadav off his own bowling.

Kuldeep’s over left KKR reeling at 143 for 8 with three overs to go, and it was too much for even Russell, the lone recognised batter left at the crease. KKR were bowled out for 171 in 19.4 overs, and Kuldeep ended his match winning spell at 4-35.

Kuldeep has been a loyal servant for KKR for the last eight years, making his debut for them in 2014, and has taken 46 wickets across 46 matches for them since 2016. His ability to tighten the runs in the middle overs and break crucial partnerships made him an important weapon in their armoury. He was released by KKR ahead of the auction, and picked by Delhi for 2 crores.

After being sent in to bat by KKR, DC posted a target of 215, the highest total of this IPL so far. Prithvi Shaw made a sparkling 51 from 29 balls, and continues to make a strong case for his inclusion in the national squad, yo-yo tests be damned. David Warner, playing in his second game this season has announced his return to form in a big way, scoring 61 from 45 balls. After a mini middle-order collapse, cameos from Shardul Thakur and Axar Patel carried DC to over 200 runs.

KKR started their chase convincingly, and Kuldeep was expensive in the first half of the innings, going for 20 runs from his 2 overs. Then Kuldeep returned in the thirteenth over, and after being struck for a six by the rampaging Shreyas Iyer, got him stumped next ball. Incidentally, like Kuldeep, Shreyas was also playing against his former team DC for the first team. But Kuldeep had achieved exactly what DC needed – sending back the set batsman.

Bruh that was some kinda of redemption for Kuldeep that too against his former team. Can't get any more sweeter. That scream shows how much he's been going through lately.

Tell the world KULDEEP IS BACK

Fck sake Kuldeep what a catch. 4/35 against his old team. What a dream redemption.

Show us your "Ya Venky, now talk na" t-shirt, Kuldeep.

This is Kuldeep’s redemption season! Wow 👏😂 what a catch!