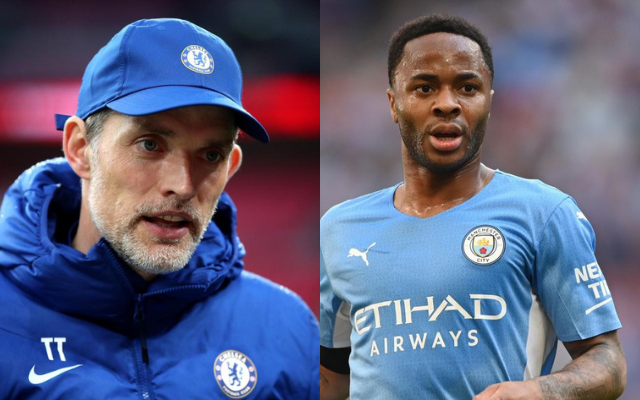 According to recent reports, Chelsea is planning to concentrate their efforts on acquiring Raheem Sterling, a great player for Manchester City, rather than Ousmane Dembele

According to Ben Jacobs, the powerhouses of the Premier League, Chelsea, are planning to shift their focus during the summer transfer window to acquiring the services of the star player of Manchester City, Raheem Sterling.

The Blues are no longer owned by the Russian tycoon Roman Abramovich, and supporters are excited to see what the beginning of the Todd Boehly era brings with it. Chelsea, one of the most successful teams in England over the last decade, is about to enter a crucial summer in which they will need to strengthen their roster in many critical areas.

One of them is in attack, an area in which the Blues have struggled in recent seasons due to a lack of bite. It would seem that a winger is on the Blues’ shopping list, with the highly regarded Ousmane Dembele of Barcelona being widely linked with a move to Stamford Bridge. The next few days will see the expiration of the Frenchman’s contract at Camp Nou, which will essentially result in him being a free agent.

Even if acquiring Dembele, particularly at no cost, makes perfect sense, there is no guarantee that it will happen. The 25-year-old player continues to assert that he is content playing for Barcelona, but he has not shown this satisfaction in any way. There will be no lack of conjecture over his future, provided that he does not sign a new contract that would keep him in Catalonia until then.

As a result of all of this uncertainty, Chelsea has been forced to look elsewhere, and it seems that they have their sights set on Sterling. The attacker for Manchester City is still a significant player for the team that won the Premier League last season, but Pep Guardiola does not use him in his starting lineup very much anymore.

The 27-year-old was once regarded as one of the most promising young players in English football, but he has since slipped somewhat behind the competition. Even while Sterling is continuing to put up outstanding statistics, the team’s performance on the field as a whole has been declining. It’s possible that he needs a change of environment, and Chelsea is the perfect place to give him that. The attacker from Manchester City, who is versatile enough to play anywhere along the frontline, has the potential to be the trump card for Chelsea in the next campaign.

The Blues’ roster does have players of the caliber of Hakim Ziyech and Christian Pulisic, for example. The pair may be magnificent on their best days, but they do not have the consistency necessary to become stalwarts in their field. Even if Callum Hudson-Odoi has the talent, he does not yet have the experience necessary to be relied upon consistently week after week.

Thomas Tuchel does not currently have a trustworthy winger on his team, so adding Sterling will help alleviate some of his worries in this regard. The 27-year-old can’t afford to lose ground since the 2022 FIFA World Cup is only around the corner, so he’ll be keen to make a good impression. In addition to this, removing him from Pep Guardiola’s rigorous tactical system at Manchester City may allow him to rediscover the dynamic playmaking that he displayed initially when playing for Liverpool.

At the absolute minimum, Chelsea will be acquiring the services of an established Premier League player who will be eager to perform to the best of his abilities. For a player of Sterling’s calibre, the probable transfer fee of £35 million will be a bargain, and the Blues would be smart to see the transaction through to its completion.

‘Here We Go’-Paul Pogba Has Agreed To Terms With Juventus For A Transfer To Turin
REPORTS: Nottingham Forest Is Interested In Signing Liverpool Defender Neco Williams