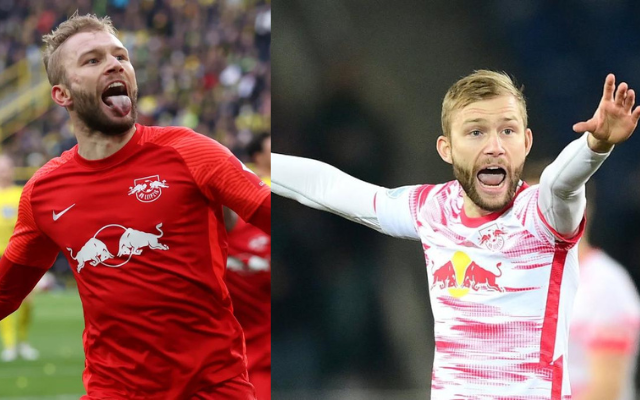 It seems that Konrad Laimer would be more interested in playing for Bayern Munich than joining Manchester United, which means that the Red Devils will have to search elsewhere to strengthen their midfield unit

The chances of Manchester United acquiring Konrad Laimer during the summer transfer window are very likely to be dashed in the days ahead, according to a story that was published by 90min. The Bundesliga champions, Bayern Munich, is the team that the RB Leipzig midfielder would most want to join in the transfer window of the 2022/23 season.

The larger portion of the last decade has been spent by Konrad Laimer as a member of the Red Bull club. The player, who is now 25 years old, left the Red Bull Salzburg academy after completing his training there eight years ago and made his debut with the main squad in September of 2014. The youngster made the switch to RB Leipzig in July 2017 and has made significant strides in his development since joining the German club.

For the last five years, the Austrian international has appeared for Leipzig 159 times, during which time he has contributed 11 goals and 18 assists. Laimer’s time spent with Leipzig and the Red Bull setup is almost certainly going to come to an end this summer. The player has turned down an offer from Leipzig to extend his current deal, and the club is considering whether or not to sell him this season in light of interest from Manchester United and Bayern Munich.

Since Paul Pogba and Nemanja Matic have both left Old Trafford, Manchester United will need to purchase at least one new midfielder during the summer transfer window. Matic will be joining AS Roma, while Pogba has reached a deal to return to Juventus. Both of these midfielders will be playing in Serie A going forward.

As a result of Corentin Tolisso’s upcoming exit as a free agent, Bayern Munich has shown interest in acquiring his services as a player. The fact that Marcel Sabitzer, a former captain of RB Leipzig who is now playing for Bayern Munich, has a shaky future at the Allianz Arena has prompted the Bundesliga champions to search the market for a central midfielder.

Laimer reportedly has his sights set on working with Julian Nagelsmann once again at Bayern Munich. As a result, Manchester United will be forced to face defeat in the competition to sign the Austrian international and will have to return to the drawing board to come up with potential replacements.