REPORTS: Newcastle United Has Come Up With An Offer For The French International Adrien Rabiot 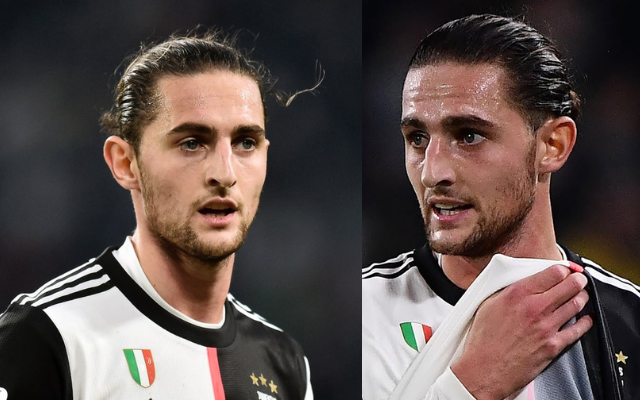 It has been claimed that Newcastle United has made an offer to acquire the services of Adrien Rabiot. Nevertheless, the 27-year-old player has expressed a desire to participate in the UEFA Champions League

According to a story from an Italian publication called Gazzetta dello Sport, which was carried by Sport Witness, Newcastle United has reportedly made an offer to Juventus to capture French midfielder Adrien Rabiot. Manchester United and Chelsea are also interested in signing Rabiot. However, the player has decided against moving to Tyneside since he is determined to compete in the Champions League during the next campaign.

Rabiot made his debut in the world of professional football with Paris Saint-Germain, where he quickly established himself as one of the most promising young midfielders in all of Europe. The French international has seen quite a fall from glory after making the move to Juventus in 2019.

The 27-year-old has racked up 129 appearances for the Bianconeri despite having a difficult time breaking into the starting lineup during his first couple of years with the club. His most recent effort, on the other hand, was significantly more successful. Rabiot played in 45 matches across all competitions, and his defensive productivity was more impressive than his offensive brilliance or creative ability, considering that he only recorded two assists throughout his career.

Rabiot looks to have no lack of top suitors, with PSG, Manchester United, and Chelsea all keen on obtaining his talents. Despite his inconsistent play for club and country in recent years, Rabiot appears to have no shortage of suitors. However, only financially stable Newcastle United has made a formal bid to purchase the French international player. The player, who is only interested in moving to a team that competes in the UEFA Champions League, has informed the Magpies that he will not be joining them.

Rabiot possesses a wealth of experience, a versatile profile, and stature, and signing him to St. James’ Park for a reasonable fee would only have increased Newcastle United’s chances of attracting even more high-profile players in the future for their project. Eddie Howe is leading a team that is on the rise, and signing Rabiot would have been a smart move for the Magpies.

The Frenchman is 6 feet 2 inches tall and has a career that needs to get back on track. He is certainly going to be pushed to put on spectacular performances as he attempts to confirm his position in Didier Deschamps’s team for the World Cup later this year.

Having said that, his excessive salaries had the potential to become a roadblock for Newcastle United and to upset the applecart at the club as well. In addition, the 27-year-old would most certainly be considered a luxury player taking into consideration his previous performances with PSG and Juventus. That being said, Newcastle may very well have escaped serious harm in this scenario.