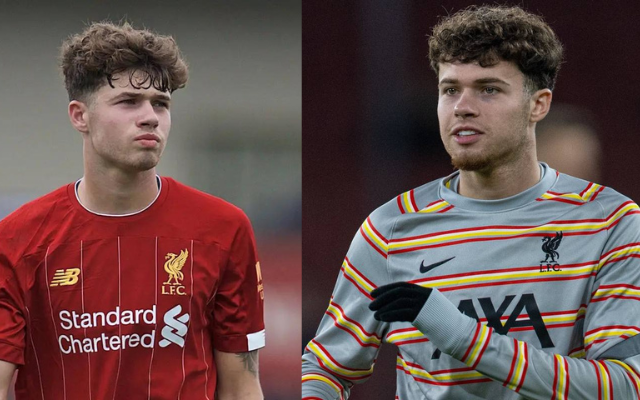 According to reports, Liverpool and Nottingham Forest, a team that was just promoted to the Premier League, are in negotiations to acquire the services of Neco Williams, a defender who is 21 years old

Neco Williams is reportedly the subject of attention from Nottingham Forest over a potential move to the club during the summer transfer window, as stated by a report published by the Daily Telegraph. The newly-promoted Premier League team and Liverpool are now in discussions on a possible transfer of the 21-year-old defender to the club for a fee of £15 million.

Neco Williams was born in Wrexham, which is located in Wales, but he started his footballing education with Liverpool FC in 2009. At that time, he was just eight years old when he joined the English team. Following his arrival at the Merseyside club, the Welsh international made his way through the club’s youth system before making his debut with the first team in October 2019.

However, the 21-year-old youngster has since become a bit-part player for Liverpool, which is not unexpected given that he has had to battle with one of the game’s top full-backs, Trent Alexander-Arnold. In other words, it is not surprising that he has been relegated to a supporting role. As a direct consequence of this, Williams has managed to play for Liverpool just over 30 times and contributed six assists throughout that time.

Williams was loaned out to Fulham for the second part of the 2021/22 season, and his play there has piqued the interest of several teams. The two newly-promoted teams in the Premier League, Fulham, and Nottingham Forest, are engaged in a bidding war for the signature of the Liverpool defender. Both clubs are interested in signing him.

The fact that Djed Spence has left his previous club after the completion of his loan spell has sparked interest from Nottingham Forest. Even though the Englishman will probably move on from Middlesbrough during the summer transfer window, it is anticipated that he will go to Tottenham Hotspur. This would leave Nottingham Forest without a capable right-back.

Williams has thus become an attractive prospect for the newly promoted team to pursue. Liverpool is currently in talks with Nottingham Forest about the future of the 21-year-old defender, with the Merseyside giants seeking approximately £15 million to part ways with the Welsh international during the summer transfer window. Nottingham Forest is currently in talks with the Welsh international.

After it was announced that Calvin Ramsay would be joining the club, Liverpool should feel free to cash in on Williams during the summer transfer window. But Nottingham Forest will invariably face stiff competition from Fulham in the race to sign the 21-year-old, and it will be interesting to see if they can beat their fellow newly-promoted Premier League club to his signature in the coming weeks. Fulham is the other club that will be competing with Nottingham Forest for his signature.