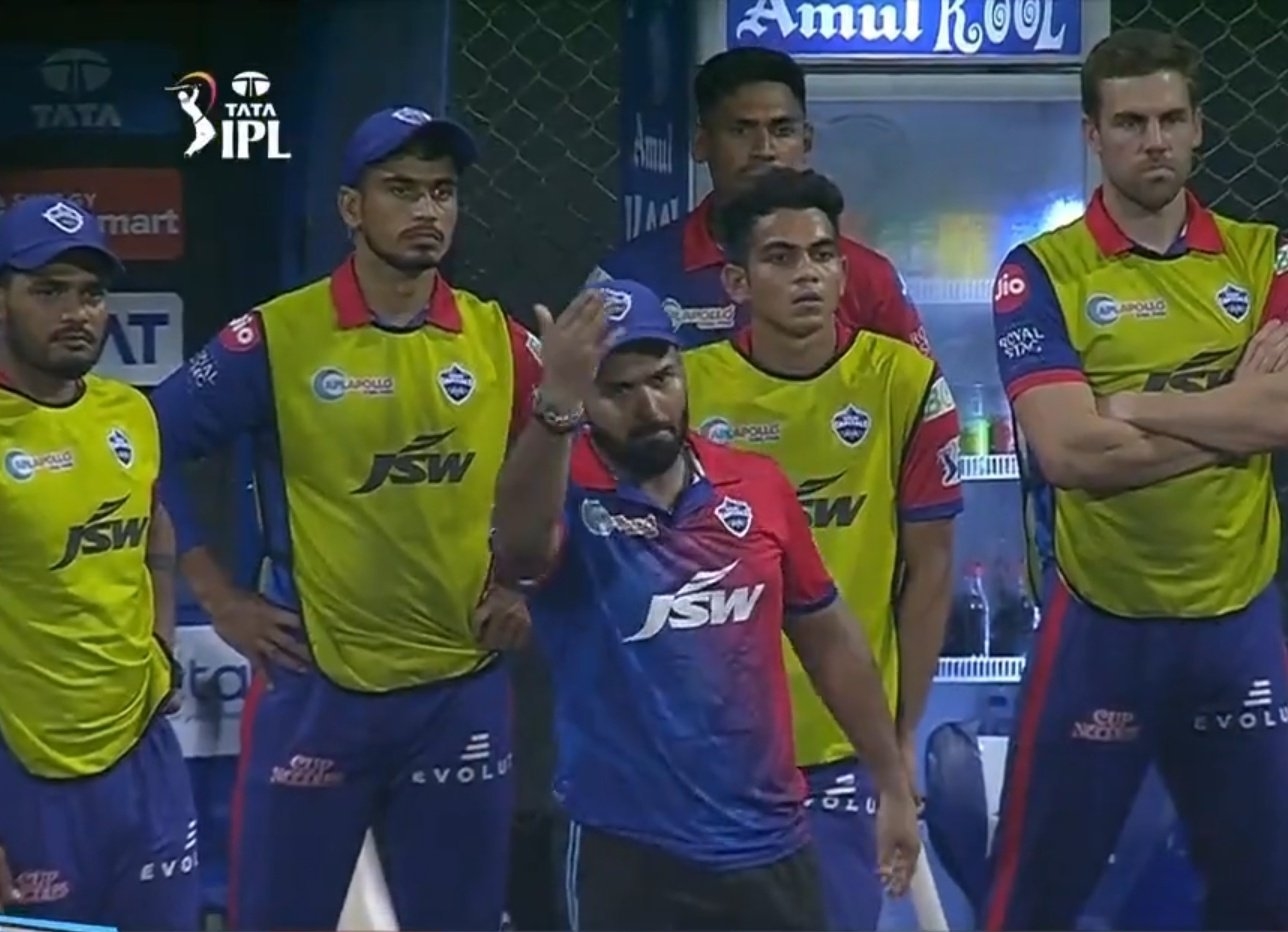 Rajasthan Royals beat Delhi Capitals by 15 runs at the Wankhede Stadium. The match was a lot closer than the margin makes it seem, courtesy of a late innings flourish by Rovman Powell. If not for a hairy umpiring decision wherein a high full toss wasn’t adjudicated a no ball, and skipper Rishabh Pant losing his temper, things might have gone differently for the Capitals in their 222-run chase.

Defending 36 from 12, Prasidh Krishna bowled an oustanding penultimate over, a wicket maiden that dismissed the set batter Lalit Yadav after he’d made 36 off 24 balls. Kuldeep Yadav, the next man in couldn’t score off the rest of the over, and the equation became exponentially harder for the Capitals with 36 needed off the final over.

Obed McCoy, Royals’ last-over hero from their previous encounter, was given the ball. He was hit for three straight sixes by Powell, the third one off a full toss that looked high enough to be called a no-ball. However the on-field umpire Nitin Menon didn’t think so. The non-striker Kuldeep Yadav made his displeasure visible, and had to be calmed down by opposition bowler Yuzvendra Chahal. Powell, who after scoring 18 runs off the first three balls, paused and went to chat with the umpire about the call.

Rishabh Pant tried to stage a walk-out after umpiring error

Meanwhile pandemonium ensued within the Capitals’ dugout. Multiple players and staff members, including opener David Warner and assistant coach Shane Watson, were signalling that a no-ball needed to be called. But no one was more furious than Rishabh Pant. He beckoned for his batters to stop play and return to the dugout, though fortunately Powell and Kuldeep had better sense than to follow that advice. Watson, taking the lead today in absence of head coach Ricky Ponting, managed to appease Pant as far as that decision was concerned.

But the DC skipper wasn’t done yet. The TV replays showed that the ball really did appear to be waist-high, but the on-field umpire was adamant about not reviewing it. After some discussion, coach Pravin Amre was sent on to the field. He conferred for a few moments with Nitin Menon, apparently asking him to at least review the call, but the umpire wasn’t having any of it and he had to go.

Play resumed, with 18 needed off three balls, but Powell’s magic momentum had been broken. He managed another two runs before holing out on the last ball of the innings.

While fans on Twitter believed Pant should have kept his cool, many pointed out how poor umpiring and the stubborn refusal to review such decisions has a negative impact on the gameplay.

What Pant did was wrong. But what the umpires did was objectively a bigger crime. People saying Pant's behavior sets a dangerous precedent, well guess which precedent is even more dangerous – Umpires conveniently deciding when & when not to use technology based on their egos.

Just came back home watching KGF and looks like Pant's about to start chapter 3 on the pitch.

Shocking night. The umpiring has been worse than even gully-mohalla standard but Rishabh Pant had no business to suggest his batsmen to stage a walkout #DCvRR

The way DC protested wasn't right, and Pant should be ready to face the sanctions for it, but the ordinary umpiring must come under the scanner at some point. Too many errors that have impacted results.

Ricky Ponting should've been on the ground today when Pant asked his teammate to come back. That would've been some scenes.

Blame Rishabh Pant for that, but also blame the umpires for being so rigid as to not even use the technology that they have at their disposal. I mean, as viewers, we deserve better. There's time wasted on petty things and we sit through it. Surely this can be checked. #DCvRR