IND vs PAK: Mohammad Rizwan Reveals The Comments He Heard 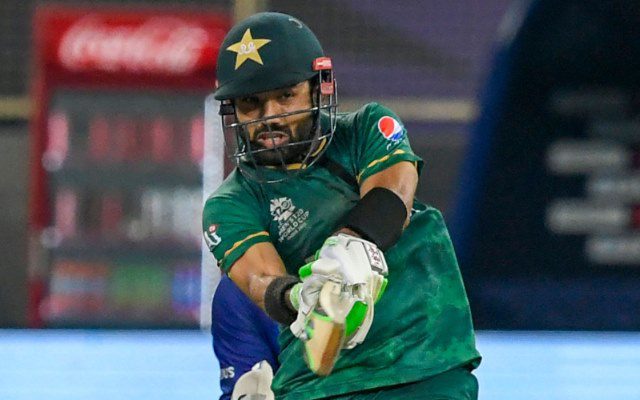 IND vs PAK: The match between IND vs PAK is the most anticipated in the sport of cricket. Both countries are cricket-crazy, and the confrontation between these two giant squads is eagerly anticipated across the cricketing globe.

In addition, Pakistan wicketkeeper Mohammad Rizwan has expressed his thoughts on the upcoming match between the two teams. Rizwan said that many individuals approached him before Pakistan’s T20 World Cup match against India in 2021 and informed him that the match against the ‘Men in Blue’ will be the most important match of their lives. And to that, Rizwan responded by telling them that he would handle this meeting as if it were simply another game in his arsenal.

“When we were playing in the T20 World Cup, a lot of people said things like Yaar, tomorrow is the India game, it’s the biggest game. I said “It’s just another match,” I said to them. I’m not feeling any different today. This is a typical cricket match,” Rizwan stated in an interview with ESPNCricinfo.

I’m at a loss for words when it comes to the response I got after the IND vs PAK match: Mohammad Rizwan During the IND vs PAK match, Mohammad Rizwan produced a half-century, which enabled the ‘Men in Green’ to smash the Indian team by a margin of 10 wickets. And, according to Rizwan, after the game, he had an incredible greeting, with people showering their love and devotion on him and the other players.

“However, I vow that I will never be able to convey the feeling I had after that game. Whether it was my first game against India or my first game in a World Cup, the love and admiration that we received is something that we are still experiencing. Before the game, I recall hearing someone say, You’re already a celebrity, but if you perform tomorrow in IND vs PAK, there’s a slot open for you to become a superstar. I thought that was cool. The only thing I could think of was Please, please pray that Pakistan wins,” Rizwan said.

Rizwan continued by saying that he is still in awe of the fact that so many people are now recognising him and wanting to take photographs with him.

“So, if you’re wondering how I’m feeling right now, I’ll tell you. Strange. The fact that children, elderly people, and families are recognising me and requesting photographs continues to amaze me,” Rizwan said at the end of the interview.