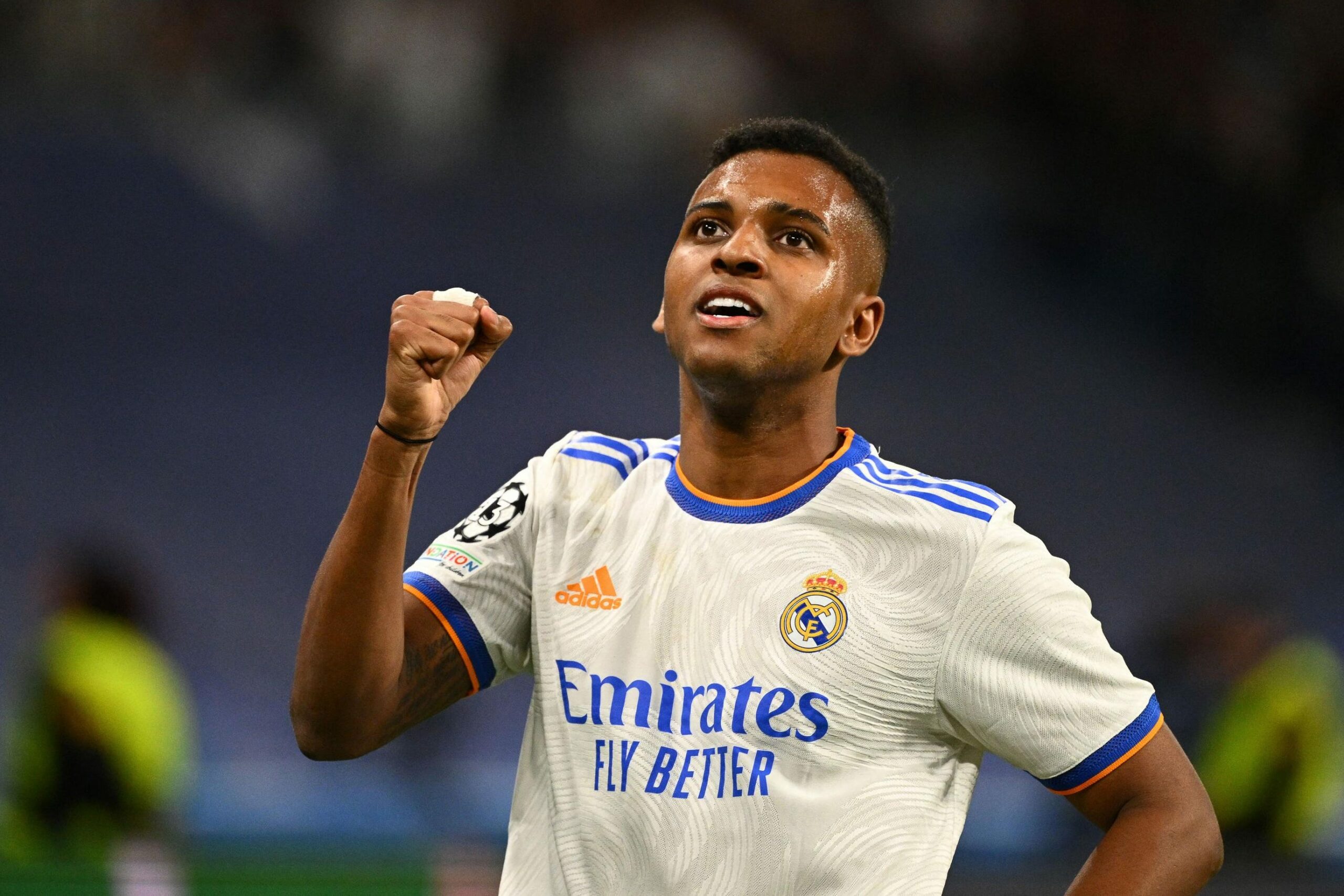 Rodrygo is a Brazilian forward who joined Real Madrid in 2019 after a €45 million transfer from Brasileirão team Santos FC. Rodrygo was only 18 years old at the time of the transfer, and it also turned out to be the year he made a debut for the senior Brazil football team. He plays across the front line, and has mainly featured for Real Madrid down the left flank or as a striker. His most notable performance in a Real Madrid shirt so far has been a double-goal salvo against Manchester City in the 2021-22 Champions League semi-final which helped Real Madrid draw level in the last two minutes and eventually beat Manchester City in extra time.

Rodrygo’s salary is €155,000 per week before taxes, a handsome lump of money for a player as young as him. Rodyrgo’s salary per year based on these numbers is €7,440,000 (7.4 million) per year. This puts him among the top 20 earners at the club, and in a similar Real Madrid salary band to more senior players like Nacho, Eder Militao, and Dani Ceballos.

Rodyrgo’s salary of €155,000 per week is part of a long-term contract at Real Madrid which is currently set to expire on June 30, 2025. However, given his recent performances in big games, particularly the one against Manchester City in the 2021-22 Champions League semi-final second leg, and his likelihood of being among Brazil’s front line over the next few years, he could very well be in contention for a bigger paycheck before the end of 2023, if not earlier.

How much does Rodrygo earn per goal in 2022?

As of May 6, 2022, a few days after Real Madrid’s Champions League semi-final triumph, Rodrygo has scored three goals and made three assists in 28 La Liga games. Based on his annual salary of 7.4 million euros, Rodrygo has earned €1,230,000 (1.23 million euros) per goal involvement in the La Liga for Real Madrid.

In the Champions League, he has scored five goals and made two assists from 10 matches. Based on his annual salary of 7.4 million euros, this means that before the 2022 Champions League final, Rodrygo has earned €1,057,000 per week (1.05 million euros) per goal involvement this season.

What is Rodrygo’s shirt number?

Rodrygo’s shirt number is 21. The last player to wear No. 21 for Real Madrid was Martin Odegaard. Real Madrid’s No. 21 shirt has previously been worn by players such as Ivan Helguera, Alvaro Morata, Ze Roberto, Santiago Solari, and Luis Enrique.

Where is Rodrygo from?

Rodrygo’s nationality is Brazilian. Rodrygo was born in Osasco, Brazil, and started his footballing journey in Santos FC’s youth setup in 2013. He broke into their senior team in 2017 and scored nine goals from 44 appearances before Real Madrid snapped him up in a €45 million transfer deal.

Which clubs has Rodrygo played for?

Rodrygo has played for two clubs throughout his career: Santos FC, whom he joined as a 12-year-old in 2013, and Real Madrid – although his initial spell was with the Real Madrid B team. Rodrygo’s position for all his clubs has been as a striker or as a left- or right-sided winger.

Also read: How much does Cristiano Ronaldo earn per goal?