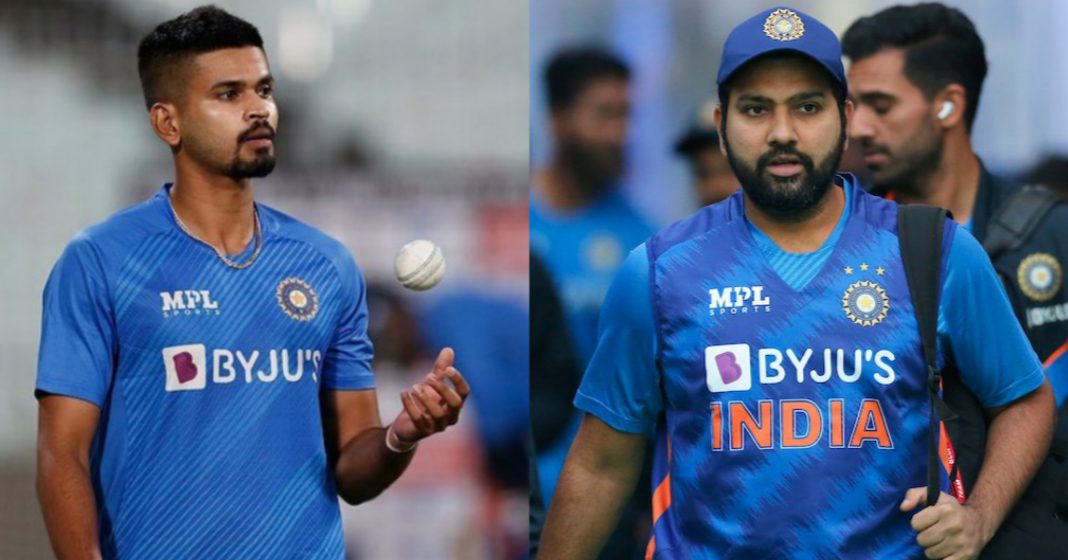 Shreyas Iyer, who was signed by the Kolkata Knight Riders in last month’s IPL 2022 mega auction, has made a statement by earning the Player of the Series title against Sri Lanka in the just ended Twenty20 International series. Three matches yielded a total of 204 runs for him, including a half-century in each of them. Another thing to keep in mind is that Shreyas Iyer had stayed undefeated throughout the series.

In a recent interview, the middle-order batsman showered praise on India captain Rohit Sharma, claiming that he is familiar with the latter’s mentality since the two of them had previously played together at the local level. After a six-wicket victory in the third game on February 27, the Indian side, led by Rohit, became the third team in history to sweep the series in the shortest format on three successive occasions.

“He (Rohit Sharma) is great. He considers things from the perspective of a player. He has that attitude, in which he interacts with every person and understands what he needs from his support team and coaching staff. I have a great deal of respect for him. We’ve spent a lot of time together at the domestic level, and I’m familiar with his way of thinking. As a result, it’s a pleasant place to be,” Shreyas Iyer remarked in an interview with the Times of India.

Including the ICC T20 World Cup 2021 in November, the Men in Blue have now won 12 straight Twenty20 Internationals (T20Is). Their most recent defeat in this format had came against New Zealand in the championship tournament on October 31 of last year.

While Rohit Sharma proved his mettle in the white-ball series as captain, the Indian skipper will be seeking to improve upon that performance when he leads India in the longest format in the two-match Test series against Sri Lanka, which begins on March 4. It will be a pink-ball affair at Bengaluru’s M Chinnaswamy Stadium for the final match, with the first match taking place at the PCA Stadium in Mohali.