‘Ross, we didn’t pay you a million dollars to score a duck’-Ross Taylor reveals that he was slapped by RR owners for getting out for a duck 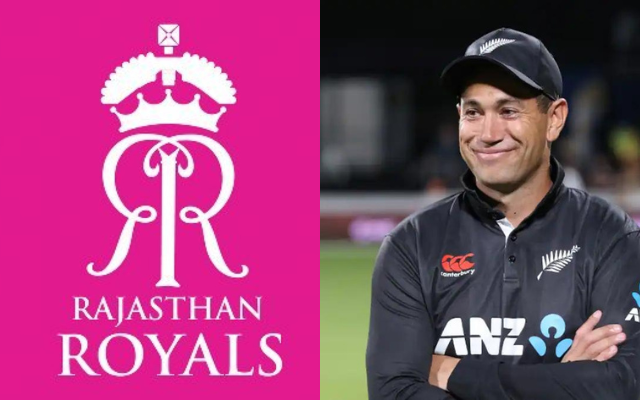 This month saw the publication of the autobiography “Ross Taylor: Black & White”, written by the former captain of the New Zealand cricket team, Ross Taylor. The book reflected on some of the most significant moments from Taylor’s distinguished cricketing career. The claims made by Taylor in his autobiography that he was subjected to racism throughout his 16-year career in New Zealand cricket caused the book to get widespread attention. Taylor had highlighted the casually racist remarks made by several New Zealand team officials as well as the racial “banter” that occurred in the locker room.

Earlier on Saturday, a chapter from the book was made available on the website of New Zealand’s stuff.co.nz. In this chapter, Ross Taylor makes an additional shocking disclosure concerning his time spent with the Indian Premier League side Rajasthan Royals (RR). The former New Zealand batsman claimed that the proprietors of the team “slapped” him after he was run out for a duck during a match against Kings XI Punjab (now Punjab Kings).

What did Ross Taylor say?

According to the statements that were published in the Hindustan Times, Ross Taylor was quoted as saying, “When you get that type of money, you’re very anxious to show that you’re worth it. Moreover, individuals who are paying you that kind of money have very high expectations of you since that is the nature of professional sports as well as people in general. The management at RCB would have had trust in me even if I’d been having a rough go of it because of what I’d accomplished in the past. When you join a different team, you won’t have that support behind you. You are never able to relax because you are aware that if you go two or three games without scoring, people will start to look at you with a critical eye.”

He continued by saying, “To illustrate this argument, Rajasthan just competed against Kings XI Punjab in Mohali. The target was 195 runs, and despite my best efforts, I got out for a duck. After the meeting was over, the members of the team, as well as the support personnel and management, went up to the hotel’s top-floor bar. Along with Warnie, Liz Hurley was present. “Ross, we didn’t pay you a million dollars to get a duck,” one of the Royals’ owners said to me, and then he hit me across the face three or four times.”

Even when it seemed that the owner didn’t intend those slaps, the former captain of New Zealand said that he couldn’t “imagine” such a thing occurring in professional cricket. He went on to say that it would be unacceptable. In the 2011 iteration of the tournament, Taylor competed for the Royals as a member of their team.

The conclusion that Ross Taylor came to was as follows: “He was laughing, and they weren’t forceful slaps, but I’m not convinced that it was totally play-acting. I wasn’t going to make a big deal out of it because of the circumstances, but I just couldn’t see anything like that occurring in many professional sporting contexts.”