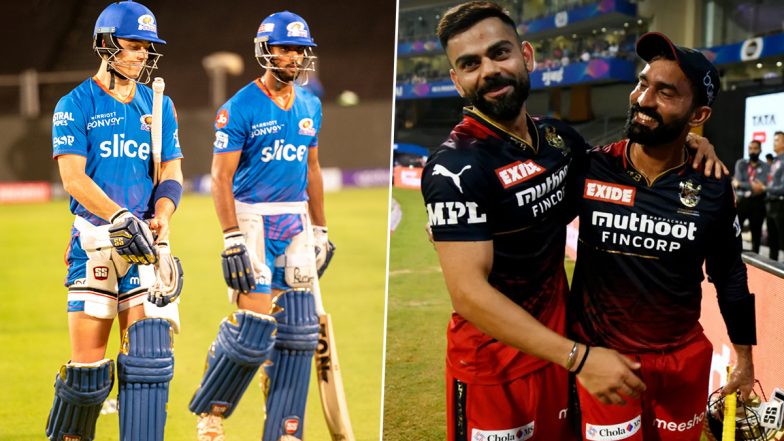 Royal Challengers Bangalore vs Mumbai Indians, where to watch?

Glenn Maxwell, who just tied the knot quite recently, is available to feature in the RCB squad. He should be able to participate in this game. The Australian is expected to take the place of Sherfane Rutherford in the starting XI.

Against the Kolkata Knight Riders, Suryakumar Yadav and Dewald Brewis played in their first game of the season together. Their presence has helped to improve the batting order. Following three consecutive failures in the bowling department, we may see some changes in the department.

Even though Bangalore has won two of its three IPL 2022 matches so far, Mumbai has a stronger head-to-head record against Bangalore and will be eager for a victory in this matchup. However, things have not worked out for the team from Mumbai, as they have lost to KKR already, a team that had an abysmal record against them in the recent past. Despite that, putting my faith in the five-time champs to win this game, as RCB has their own woes to contend with too.