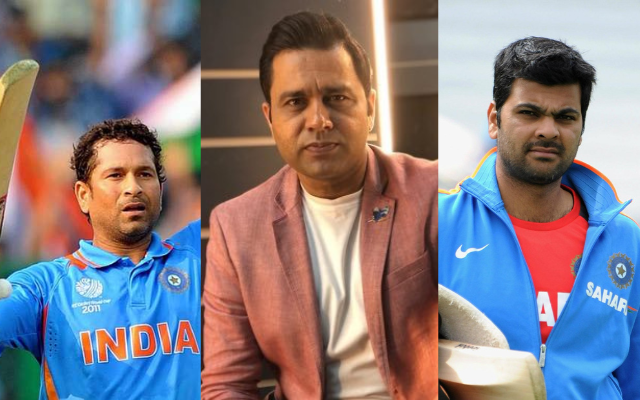 Sachin Tendulkar had a legendary international career and Team India largely benefitted from his valuable contributions for more than two decades. Plying his trade for the national cricket team for over 23 years, Sachin Tendulkar created plenty of records in his journey.

Meanwhile, former Indian paceman RP Singh took a trip down memory lane and recalled one such incident in which he accidentally became involved in Sachin’s dismissal despite the fact that both were playing for the same team.

RP Singh was doing commentary duty during a SA 20 game with Aakash Chopra wherein a non-striker got out after the ball went on to hit the bowler’s leg after the batter at the striker’s end hit a shot.

The former Indian opener Aakash Chopra added that it was weird that it is considered a legal dismissal while running out a non-striker for backing up before the ball is delivered since it doesn’t include a skill.

Here’s how the conversation between Aakash Chopra and RP Singh turned out:

Aakash Chopra said: “It is a run out at the non-striker’s end for sure but I have a question for you. Where is the skill in this? The ball just hit his (bowler’s) leg and then went to the stumps. Have you ever done something like this?”

To which, RP Singh replied, “I have never been able to run out someone after the ball hit a part of my body while bowling but then I did hit a straight drive once while batting and the player at the non-striker’s end was run out because of that.”

RP Singh replied: “I apologised right then. Sorry for having hit the ball like that, please forgive me.”

Meanwhile, Sachin Tendulkar who came across it said, for once, a straight drive was not his favourite shot before sarcastically adding that RP Singh used to take wickets even when batting.