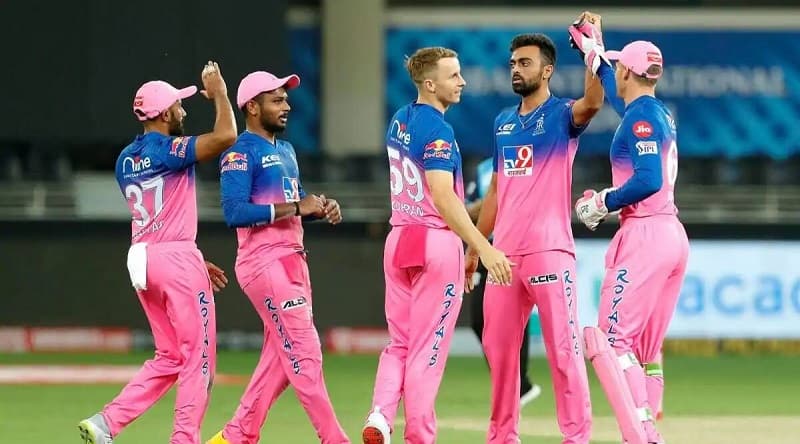 Rajasthan Royals are the franchise cricket team in the Indian Premier League that is based in Jaipur, Rajasthan. The team was founded in 2008 and is known to unearth obscure, high-potential talent. Check RR Team 2021 Players List, Owner, Captain, Stadium, Fixtures.

The team plays their home matches in Sawai Mansingh Stadium in Jaipur. The team won the inaugural edition of the IPL under the captaincy of Shane Warne. Ajinkya Rahane is the leading run-scorer of the team with 3098 runs and Shane Warne is the leading wicket-taker with 67 wickets.

The Franchises in the IPL go through many changes every year to make their team better and Stronger. Let’s have a look at the current squad of the Royals.

Owners of the Rajasthan Royals

In 2008, when the Indian Premier League was inaugurated, Rajasthan Royals was bought by Emerging Media gained ownership with a bid of $67 million. It was the least expensive team in the league. As of 2021, the franchise is owned by Manoj Badale-led Emerging Media IPL Ltd which holds a 65% stake. Key minority stakeholders include Lachlan Murdoch and RedBird Capital Partners.

Captain of the Rajasthan Royals

On 20 January 2021, the Royals released eight of their players including their captain Steve Smith. Sanju Samson was announced as the Royals captain on the same day. Now Sanju Samson is leading the side.

The home venue of the Royals is the Sawai Mansingh Stadium in Jaipur. This stadium was built during the reign of Maharaja Sawai Man Singh II. It has a seating capacity of 30000 people and is considered one of the best stadiums in India.

Let’s have a look at the fixtures of the Rajasthan Royals.

Rajasthan Royals were in the 5th position before the suspension of the IPL. They won 3 out of their 7 games.

Jos Buttler, Jofra Archer, and Ben stokes will not be available in the UAE edition of the league.

Glenn Phillips has been added as his replacement.

RR has a good chance of reaching the playoffs, let’s hope they play well and we see good cricket.