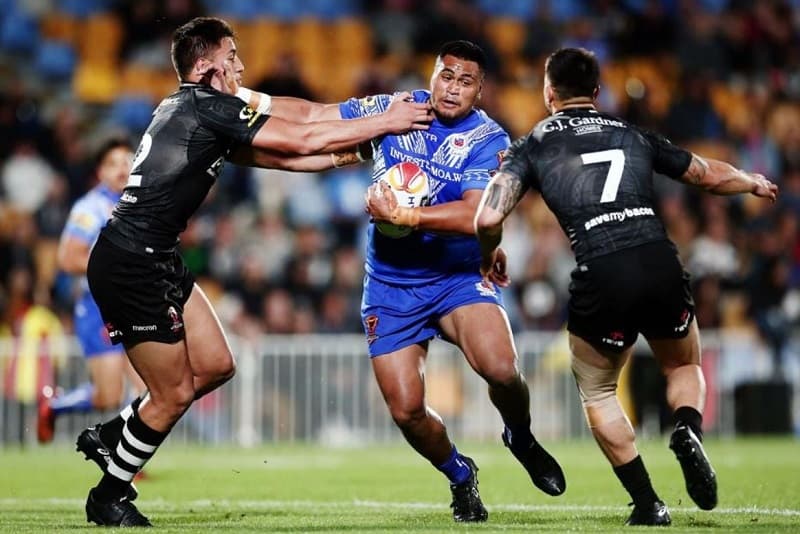 It is going to be held at St James’ Park in Newcastle, England from 23rd October 2021. There are 16 nations competing in the league and 61 matches are to be held. The league will continue to roll till 27th November 2021.

This season 2021, more teams than ever will compete for the Rugby League World Cup, with four groups of four nations competing in 17 stadia across England. For Rugby fans who wish to watch it live on TV take a look at Rugby League World Cup 2021 TV Broadcasters List, Digital Streaming List Worldwide.

IRL & RLWC21 will take joint responsibility for the host broadcast of matches at the tournament and the sale of broadcast rights across the world. The conglomerate will be responsible for the live feed of all 61 matches of Rugby League World Cup 2021. In the UK, BBC will be broadcasting the live-action of the tournament. Check out the list,

In New Zealand, Spark Sports will be Featuring the love action from England of the RLWC2021. All 61 matches will be broadcasted live here. Nevertheless, it will all feature the Women’s And Wheelchair League in New Zealand. There are chances that Australia will be streaming matches live by Fox Sports

Rugby fans in Papua New Guinea, can catch the RLWC2021 live at the comfort of their home. EM TV has been given the telecasting rights of the entire schedule 2021. All the 61 matches live from which 31 matches will be men’s.

Although the tickets for the math are on sale right now, fans in England who wish to watch it at the comfort of their home can tune into the BBC channel. It has been the telecasting partner since 2017. All matches will be provided Live on BBC. Also, the highlights and the venue launch program will be shown on BBC.

Since not many people might have a cable, DTH connection all over the world. Some people might prefer watching it online using cellular means, RLWC2021 has made that arrangement as well. RugbyAM (FreeSports), OurLeague App & Facebook Live will be providing live streaming of all the matches.

RugbyAM (FreeSports) will only stream the highlights and the post-match reviews.

Apart from live to stream, the officials will also be posting updates, news, and other details on social media like Facebook. They will also stream the live-action of RLWC2021 on Facebook. The pages will be streaming the Group Draws for Men’s, Women’s, and Wheelchair. Its hosted by Prince Harry The Duke of Sussex.