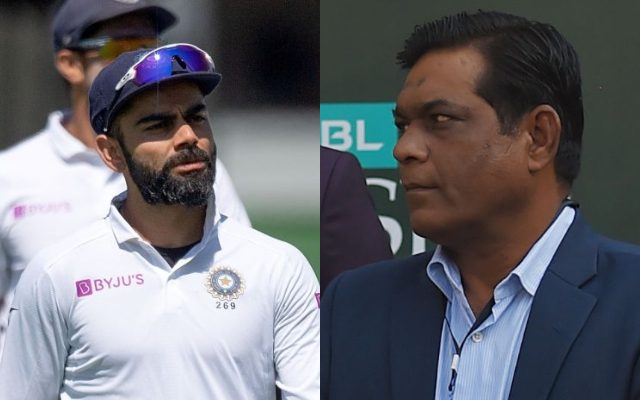 SA vs IND: A former Pakistani cricketer has said that the leadership drama involving Virat Kohli has not been beneficial to the Indian team, adding that it has played a factor in the team’s underwhelming performance on their recent tour of South Africa.

Kohli was relieved of his One-Day International (ODI) leadership a month after he resigned from his position as India’s Twenty20 captain. In white-ball cricket, Rohit Sharma has been chosen the new captain, with KL Rahul taking on the role of his deputy.

However, after failing to win the SA vs IND Test series, Kohli resigned from his position as Test captain as a result. Rohit Sharma was chosen as the vice-captain of the Test team, replacing Ajinkya Rahane, ahead of the team’s trip to South Africa. It is now up to the selectors to decide who will be the permanent Test captain.

In the absence of Rohit, Rahul captained India in just one Test, although the latter has been plagued by physical issues, raising questions about his ability to continue in the leadership position.

Meanwhile, Latif believes that India’s intentions to remove Kohli from the ODI leadership before the SA vs IND series have caused them to dig themselves a deeper hole, which has had a significant influence on the team’s performances in South Africa.

He went on to say that India would have to deal with the problem since the decision would continue to affect them. The visitors were defeated in the Test series by a score of 1-2, and they have already lost the SA vs IND One-Day International series 3-0

“It has come to a complete halt now. And there is nothing to be found at the end of a dead-end. There is no way out. Whatever the original intention had been, it just did not work out. It was the incorrect decision, and it backfired. The fact is that when a player has been the leader of a team for over ten years, his roots have been firmly ingrained in the team. That’s something you shouldn’t break. It’s a poor example,” Latif said in a video posted on the ‘Cricket Baaz with Waheed Khan’ in YouTube channel.

When it comes to picking the Test captain, the BCCI will have their work cut out for them since they must consider a number of things. In addition, the fact that Rahul has not yet been able to win a game while serving as captain of the team in the SA vs IND series has increased the pressure on the selection committee.