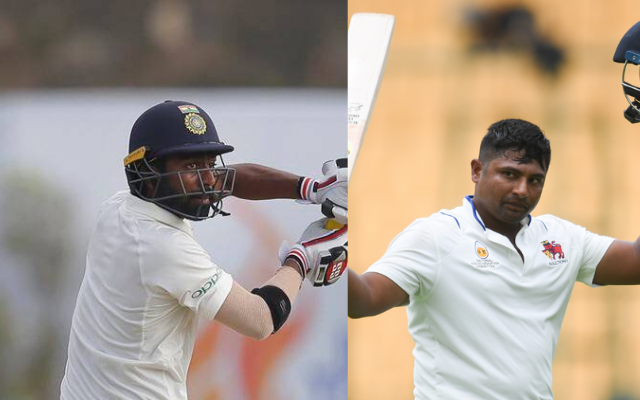 Sarfaraz Khan’s performances in first-class cricket over the last two to three years are worth applauding. The 25-year-old has done more than enough to warrant a spot in the Indian cricket team. In fact, he was promised that he would get an opportunity for Bangladesh Tests.

Sarfaraz Khan vented out his frustration on social media after he was not picked by the selectors for Bangladesh Tests. He even added that he met Chetan Sharma recently where he was told that good things take time and that he will get a chance to play for Team India soon.

Meanwhile, senior Indian cricketer, Abhinav Mukund made a bold statement after the Indian selectors ignored the talented Sarfaraz Khan in the Test squad. Sarfaraz Khan averages 79.65 in first-class cricket, scoring 3505 runs including 13 centuries and 9 fifties to his name.

He registered his personal best score of 301* in first-class cricket and has been statistically quite impressive in numbers in the domestic format. Despite showcasing his mettle time and time again, he has not been getting chances to play for India.

At the same time, he went on to back the selectors’ decision highlighting that there are not any vacancies in the team for the Mumbai batsman to get in. He also added that one needs to look at Jaydev Unadakat as the selectors brought the paceman into the mix after the sensational Ranji trophy in the last 2 or 3 years.