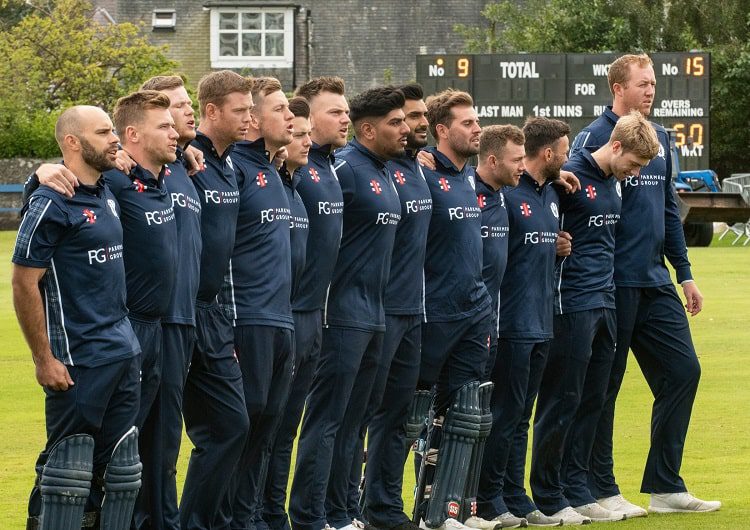 As the most awaited tournament ICC T20 World Cup 2021 begins from 17th October 2021, the entire series will be hosted by two nations jointly, Oman and UAE. Initially is was scheduled to be hosted in India, but as we all know, the government in the month of April announced a complete lockdown due to the rising cases of covid-19 in the country. Check out Scotland Squad For T20 World Cup, Complete Players List.

Scotland is among the 16 participating nations that will be featuring in the upcoming T20 World Cup. With a total of 45 matches, all these nations will go through series of competitive stages. So check out the Scotland Squad For T20 World Cup, Complete Players List, Owner, Captain, Stadium, And Fixtures.

Professional Scottish Cricket men have been selected for featuring in the T20 World Cup this year. The members include skilled and ferocious batsmen. So take a look at the list of all the players representing team Scotland 2021.

Who is the Owner and Captain of the team Scotland 2021?

Cricket Scotland which was formerly known as Scotland Cricket union is the association that regulates the functioning and welfare of the national Cricket team of Scotland. It was established in the year 1908 and has its headquarters in Edinburgh.

The team is led by the captaincy of Kyle James Coetzer. He is a right-handed batsman and a medium-paced right-arm bowler. He also represents himself as a cricketer in the domestic leagues worldwide. He was selected as a captain of the Scotland cricket team in the year 2017.

Stadium and Fixture of Scotland 2021

Scottish men practice and play most of its matches at The Grange. The Grange Club is a cricket and sports club in the Stockbridge district of Edinburgh, Scotland. It was established as an international cricket ground in the year 1832. It also consists of a total capacity of 5000.

The fixture for the team Scotland has been announced by the officials of the management of ICC. Take a look at the table here along with the details,

The schedule of the entire tournament featuring all 16 nations is given to you below. Take a look at the table and mark the dates of your favorite team. The finals of the match will be taken place on 14th November 2021.